Ubisoft has announced that Tom Clancy’s Rainbow Six Siege will be available to play for free from November 15th to November 18th. As the press release reads, interested players can join more than 40 million players in the Rainbow Six Siege community on all consoles and Windows PC.

As always, this free to play weekend will allow players to experience the game for free with access to all maps, modes and the 20 Original operators. Players who try the game during the free weekend can carry over their progress and continue to play uninterrupted if they purchase the game. They will also benefit from a discount up to 70% off on the Starter, Standard, Advanced, Gold, and Complete Editions between 15th November and 30th November, depending on the platform.

While the free to play weekend is not live yet, PC gamers can pre-load the game. All you have to do is click here or go to your Uplay PC Launcher.

Below you can find the times during which you can play Rainbow Six Siege for free during this free to play event. 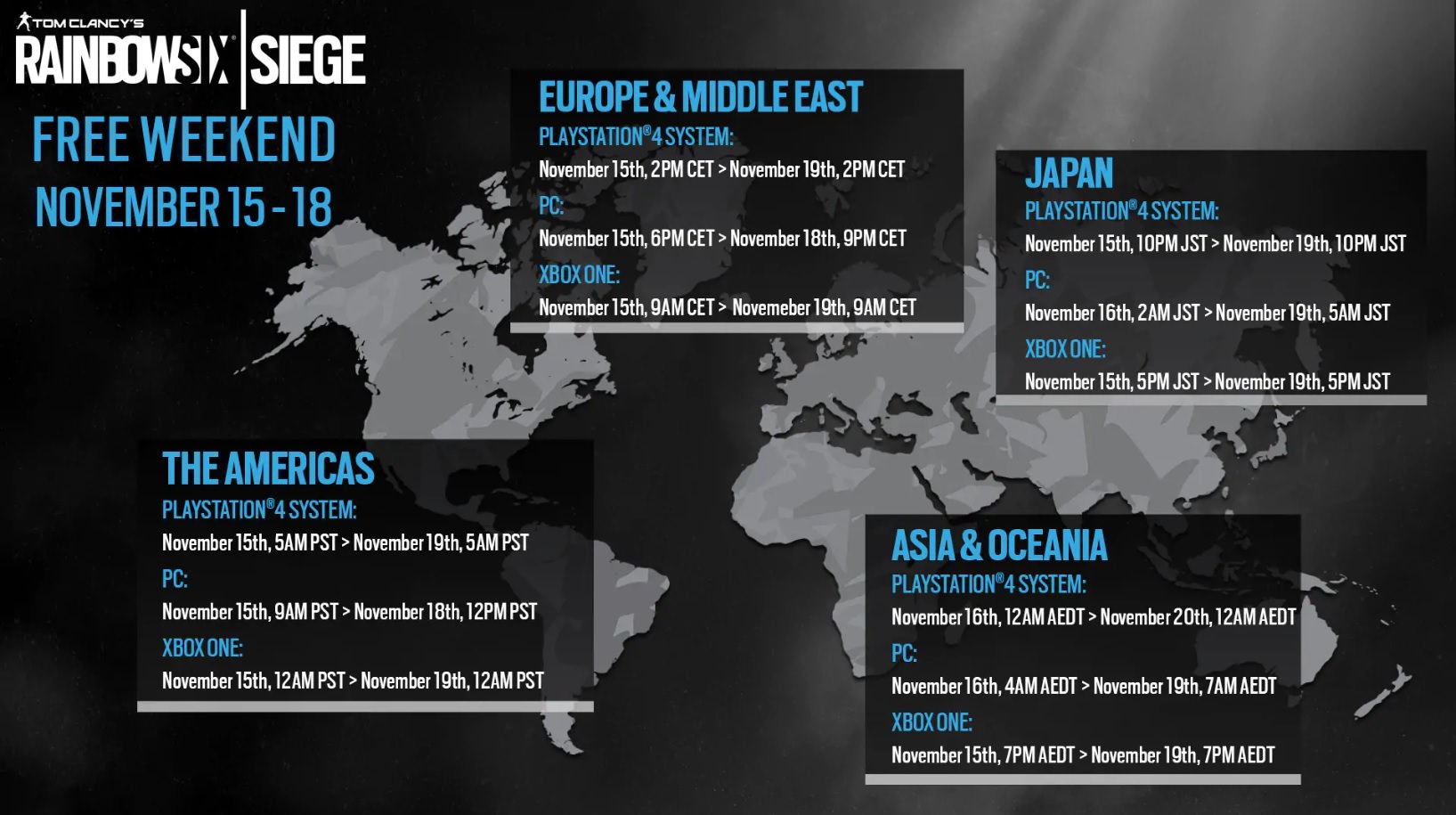