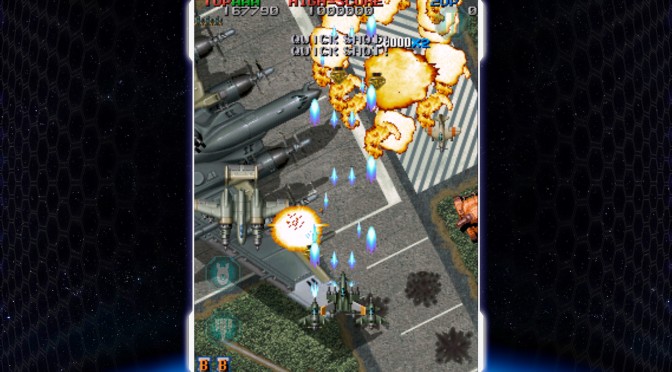 Shmup fans, here is something for you today. DotEmu announced today that RAIDEN LEGACY is now available on Steam. As the press release reads, this packed compilation includes RAIDEN,RAIDEN FIGHTERS, RAIDEN FIGHTERS 2, and RAIDEN FIGHTERS JET, and is currently priced at 7,49€ on Steam.

Each title includes three different modes: “Arcade Mode”, just like the original; “Mission Mode”, which allows you to play any unlocked stage; and “Training Mode”, which, true to its name, allows you to excel at your favorite stages and practice the most difficult ones. And for the first time ever, Arcade mode and Mission mode are fully playable online, so show off your shooting skills and compete with your friends to see who can down the most aliens.