Back in June, we informed you about a rumored DLC for RAGE and we are happy to inform you today that we just got word about it. As Bethesda unveiled, The Scorches DLC will be hitting Steam, PSN and XBL next week and will be priced at $4.99 (or 400 Microsoft Points). Still though, no news yet about those promised mod tools for the PC version of it.

According to Bethesda, in this brand-new adventure spanning six all-new areas, players will fight alongside new allies to defend the Hager Settlment from a maniacal bandit clan known as The Scorchers.

Along the way, you’ll participate in a new season of Mutant Bash TV, encounter new mini-games, and wield the overpowering and brutal Nailgun.

Furthermore, this DLC includes ‘Ultra-Nightmare’, a new high difficulty mode, as well as an ‘Extended Play’ option that allows you to play past the original ending of the game. 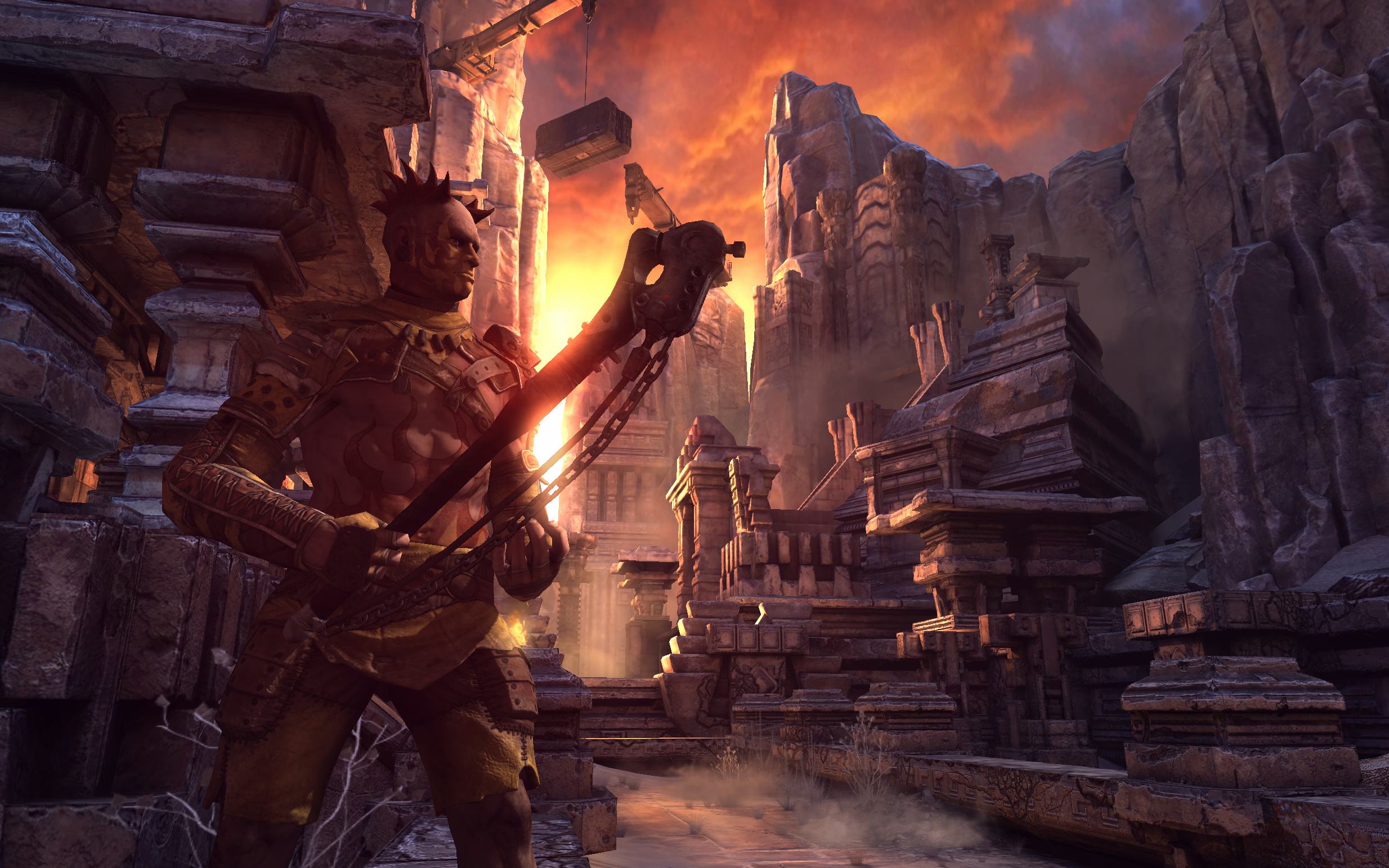