Szymon Janus, CEO of INTERMARUM, has informed us about their new turn-based space sector strategy game called Race To Mars. INTERMARUM will launch a Kickstarter campaign for it in a couple of days, and has released some early screenshots that can be viewed below (the game really needs high-resolution textures, so here is hoping that INTERMARUM will be able to polish the game as it’s still in an early stage).

According to the press release, in Race To Mars you play as an owner of private space company.

Players begin as a startup – develop cutting edge aerospace technologies and use them to achieve orbit and fly beyond Earth vicinity, blazing the trail of a space pioneer and leaving the competition far behind on their way to victory.

“Our game will achieve two goals – promote the outer space industry and satisfy all economy game fans. Race To Mars combines the realism of a spaceport management sim and approachable gameplay – we assure you that both subject aficionados and casual gamers will find this mixture most entertaining. Our priority is to make an approachable game without compromising its key economical and strategical features.” 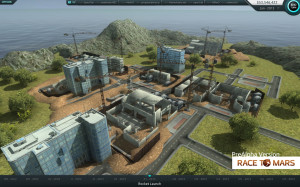 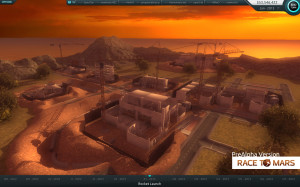 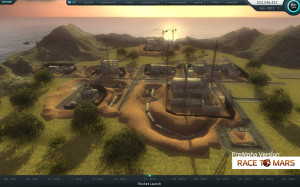