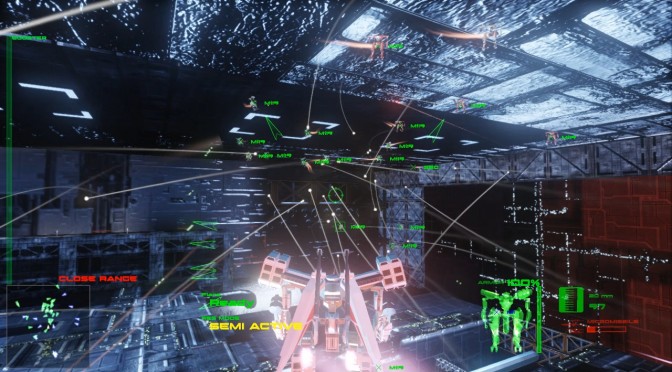 KISS ltd has informed us about the availability of Project Nimbus on Steam via its Early Access program. As the publisher noted, Project Nimbus enjoyed a successful Kickstarter campaign and is now ready for its next major step – the launch on to Early Access, tomorrow 5 November.

Project Nimbus is a very high speed mech action game set in a post apocalyptic world, in which players control a humanoid battle suit armed with an arsenal of weapons called “BattleFrame”.

Project Nimbus is a mech game that lets players fly freely in the sky, dodge and intercept incoming missiles with machine guns, fight armies of hostiles with every kind of modern weapon they can imagine.

“Battle against numerous powerful colossal opponents with the power to annihilate armies, engage with many ace BattleFrame pilots, each has unique fighting styles and stories.”

KISS ltd has provided us with an Early Access code, and we’ll be sure to share with you our First Impressions (alongside 10 minutes of pure gameplay footage) in the coming days.