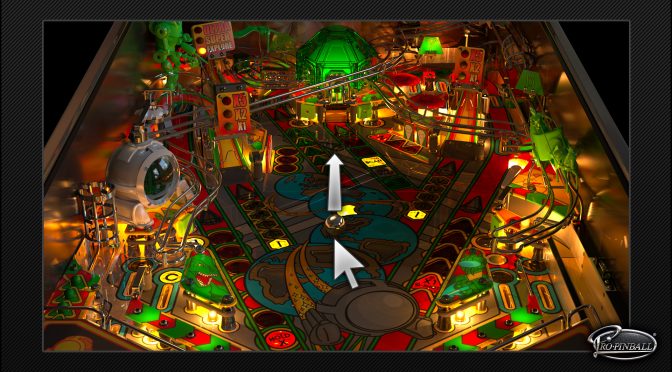 Barnstorm Games today announced that Pro Pinball Ultra is now available on Steam. The game initially launched on iOS, Android and then Steam Early Access, following a successful Kickstarter campaign that garnered the support to bring the series back. As a result, the first table: Timeshock! can now be downloaded from Steam on Windows, Linux and Mac platforms.

As the press release reads, the original development team used the plans of the original and completely recreated the experience for today’s PC and Mac owners, with the addition of some exciting new features. The table has support for 4K displays, access to the Operator’s Menu to customize the table, and now includes high, medium or low views with the option to have the backbox on or off. Pinball aficionados can enjoy further tinkering with Glass-Off-Mode, which allows the player to remove the virtual glass and move the ball around.

“We are delighted to have brought Timeshock! back to the personal computer on all of the major formats, it’s really the birthplace of this successful brand. Using today’s technology we have been able to produce a game that has more features and provides and even more authentic simulation experience for pinball fans. It was great to make the game available on Steam Early Access, but with the introduction of the new table angles we can now give consumers the experience that we intended.”

Here are the key features of Pro Pinball Ultra: