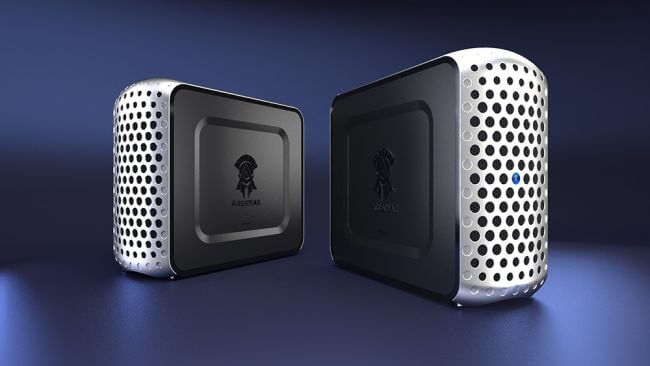 If you like playing Konami games on PC, would you also like playing PC games on Konami? Pre-orders have recently opened to the Japanese public for a new series of slick-looking gaming desktops, and their assembly is being directed by none other than the gaming publisher itself.

According to Tom’s Hardware, the production of this new ‘Arespear’ line of gaming computers is being supervised by a subsidiary of the company, named Konami Amusements. This division has mostly been in charge of managing and hosting esports tournaments, as well as building and selling arcade and casino machines.

Now Konami Amusements have unveiled three new variants of pre-built gaming PC’s across two tiers of hardware specifications. There is the entry level C300 which sports an i5 9400F, 8GB RAM, a Geforce GTX 1650, and comes to more or less $1760 (when converting from Yen).

For those with ‘slightly’ deeper pockets, the C700 is the next option with a beefier Core i7 9700, 16 GB RAM, and a RTX 2070 Super, which will set potential Japanese consumers back about $3000. The Arespear C700+ (pictured above) is more or less identical in terms of specs, but for an extra $200 you get all sorts of cosmetic goodies with the build, like RGB lighting and an acrylic side panel.

Before you do the ‘shut up and take my money’ thing, it is unclear if these custom builds will reach Western shores any time soon, if ever. Nonetheless, this is the second surprise from Konami this year hot on the heals of their return to classic platform gaming with the release of Skelattack.

If you can read Japanese, the original article via the local technology outlet PC Watch can be found here.