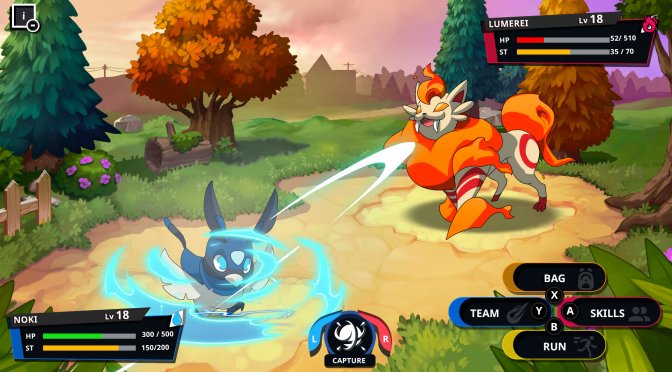 Nexomon: Extinction is a return to classic monster catching games. The game comes with a brand new story, eccentric characters and over 300 unique Nexomon to trap and tame. Players will also navigate challenging environments and manage their effects on their Nexomon.

Furthermore, players can step up and take on would-be challengers and dangerous foes. Players can also uncover secrets, stumble upon side-quests and encounter a raft of eccentric characters.

Lastly, the game will feature a dynamic difficulty setting. As such, players will see the world around them get more challenging as they progress. Moreover, defeated trainers come back stronger than before and ready to battle again.

So yeah, it’s basically a Pokemon game. And, well, since we haven’t seen a lot of such games on the PC, it’s definitely a welcome addition.

Enjoy the game’s debut trailer and stay tuned for more!