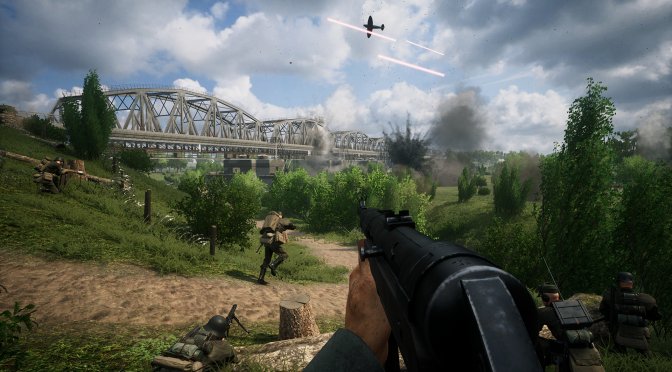 Periscope Games and Offworld Industries have announced that their Post Scriptum is free to play on Steam this weekend. From today and until April 26th, PC gamers can visit the game’s Steam page, download and start playing it.

According to the developers, immersion is one of the fundamental key elements in Post Scriptum. Players will experience the authentic reproduction of an incoming Stuka siren or artillery cannons firing from afar. They will also experience the piercing sound of an incoming heavy round cutting through the air past you.

“Any kind of caliber, any kind of damage to body and steel, the soundscape and visual fx were thought out to the tiniest detail to make you fully immersed in the battlefield.”

It’s also worth noting that Post Scriptum has Very Positive reviews on Steam, so go ahead and download it!