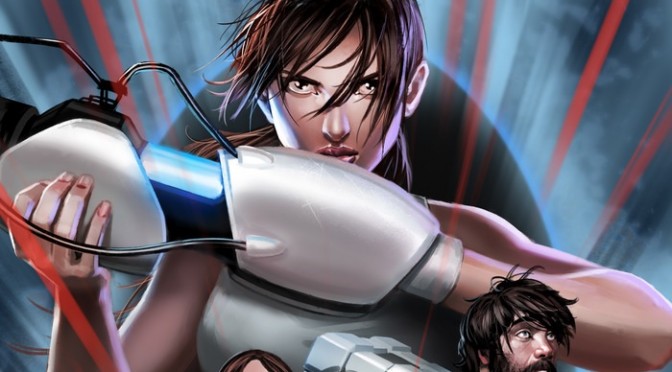 Secrets of Aperture is a live-action webseries written and directed by Colin and Connor McGuire. The webseries is based on the hit game Portal and will take place over five episodes.

Secrets of Aperture promises to feature suspense, mystery, action and a bit of humor, all in an enticing and believable Portal universe. When finished, each episode will be uploaded to their YouTube channel.

Portal: Secrets of Aperture will take place in a variety of locations and time periods, from the mid-1900’s, to the turn of the century, and even to the distant future. Secrets of Aperture follows the story of Chell, Cave Johnson, and Doug Rattmann from the Portal Lab Rat comic, and chronicles their experiences with Aperture Science and GLaDOS.

The Kickstarter campaign aims to raise $15K in total, and there are still 28 days left in order to meet this initial funding goal.

Here is the live action short film from Colin and Connor that was used as a concept film for this series, Portal: Survive!