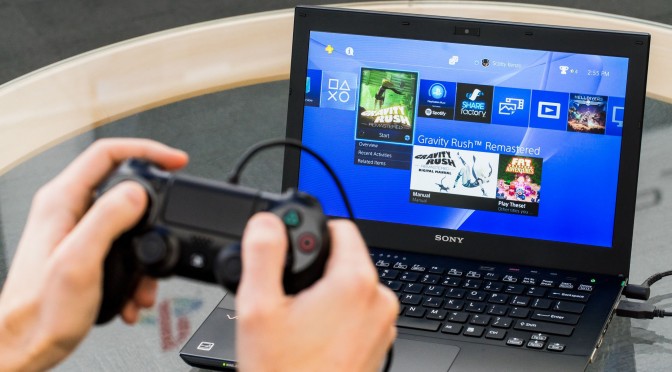 Sony has just announced that tomorrow’s system software update for PS4 will enable Remote Play for the PC and Mac. This is a feature that a lot of gamers were looking forward to, and was brought originally to our attention via the unofficial method produced by YouTube’s ‘twisted0ne1989’.

As Sony noted, there will be three resolutions to choose from and two framerate options. In addition, Sony claimed that this app will be supported only by Windows 8.1, Windows 10 or later, OS X 10.10 and OS X 10.11.

Here is what Sony had to say about Playstation 4 Remote Play for the PC and Mac:

Remote Play on PC / Mac is compatible with the following system software:

You’ll be able to select from the following resolution and frame rate options, depending on your Internet bandwidth.

You can use one DualShock 4 as the controller for Remote Play, which needs to be connected to your PC / Mac via a USB cable.

After the system software update launches, you’ll be able to download the Remote Play Installer here.