There is literally nothing stopping this train. Earlier this month, we reported about PlayerUnknown’s: Battlegrounds surpassing 20 million sales. Fast forward a few weeks and here we are today with the game surpassing 22 million copies on Steam. 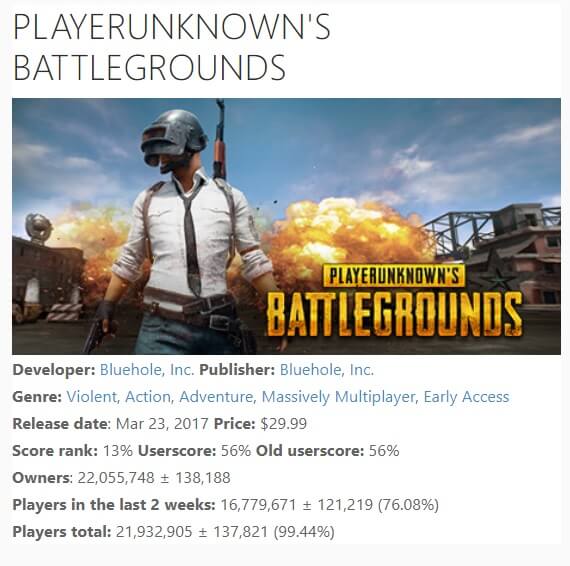 Needless to say that this is the most successful game on Steam. Back in October, the game had over 2 million concurrent players. As such, the game surpassed even DOTA 2’s lifetime record.

Bluehole is also currently gearing up for the full release of PlayerUnknown’s: Battleground. The game will leave Early Access next month, and will come with a brand new desert map. A few days ago, NVIDIA released the first screenshots from this map.

It’s also worth noting that the game currently has Mixed reviews on Steam. Moreover, its latest patch has introduced some performance drops. According to reports, players now encounter performance issues, especially when they loot box from enemies. The development team is aware of that issue and is investigating it.

We are aware that there are issues when you loot boxes from dead players. We are investigating the issue. Thank you for your patience.