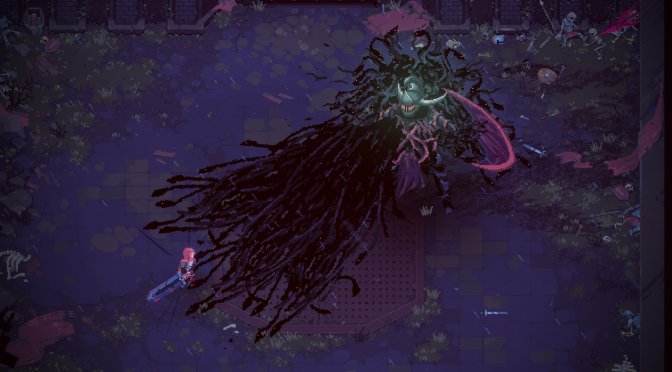 United Label has announced that its pixel-art boss-rush game, Eldest Souls, will release on July 29th. In order to celebrate this announcement, the team released an animated story trailer that you can find below.

Eldest Souls is a challenging, pixel-art boss-rush game with a focus on fast-paced brutal combat.

“In a final act of vengeance, the Old Gods have unleashed a great Desolation upon the world, turning farmlands to desert, and rivers to dust. You, a lone warrior, must explore the vast, forgotten Citadel, in search of the Old Gods.”

Eldest Souls focuses on only the toughest and most engaging of combat encounters – the Bosses – with each Old God presenting a new and unique challenge. Once you defeat a boss, you’ll gain new powers and abilities. Players can then combine them in numerous ways to result in a multitude of diverse builds. But as players explore the labyrinthine passages of the Citadel, they’ll also encounter intriguing NPCs, compelling questlines, and a series of dark and ominous mysteries.