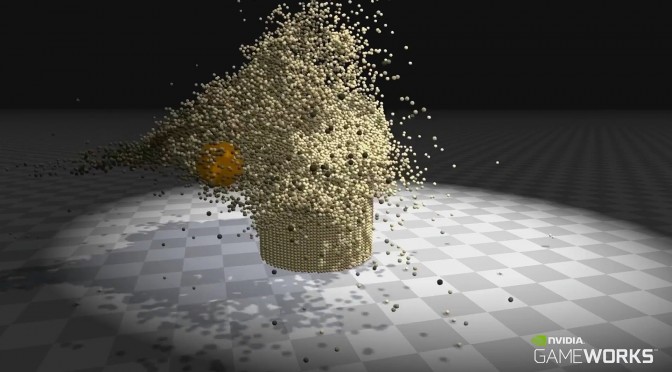 Epic Games and NVIDIA have announced that all Unreal Engine 4 developers will gain access to NVIDIA’s PhysX. Not only that, but developers will have access to PhysX’s source code. And in our opinion, this is another clever move from Epic Games; a move that will certainly make a lot of developers start experimenting with its engine.

“Today we’re excited to announce an expansion of that partnership with NVIDIA providing all UE4 developers with not just binary but C++ source access to the CPU-based implementation of PhysX 3.3.3, including the clothing and destruction libraries, through Epic’s Unreal Engine repository on GitHub.”

Epic Games has just released Unreal Engine 4 for free to everyone.  This means that anyone can download the engine and use it for everything from game development, education, architecture, and visualization to VR, film and animation.

When shipping a game or application, developers pay a 5% royalty on gross revenue after the first $3,000 per product, per quarter. Therefore there are no subscription fees at all. Now add to this the ability to gain access for free to NVIDIA’s PhysX physics suite and you got yourself an irrefusable offer.

“This means that the entire UE4 community can now view and modify this PhysX code alongside the complete C++ source code for UE4. Modifications can be shared with NVIDIA who will review and incorporate accepted submissions into their main PhysX branch, which then flows into future versions of UE4.”