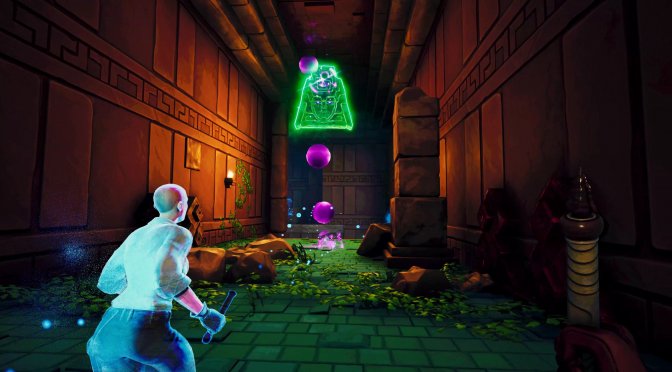 Devolver has shared the E3 2021 gameplay trailer for Phantom Abyss. Phantom Abyss is an asynchronous multiplayer game that gave me major “Indiana Jones” vibes, and looks kind of cool.

Phantom Abyss casts players into procedurally-generated temples and tasks them with retrieving the sacred relics hidden within deadly chambers.

Players will dodge scores of hidden traps, leap treacherous chasms, and flee relentless guardians through branching paths until one of the relics are claimed or the devices of death overwhelm them.

Players will also recover keys from chests to unlock deeper, deadlier sections of the temple that house more coveted relics.