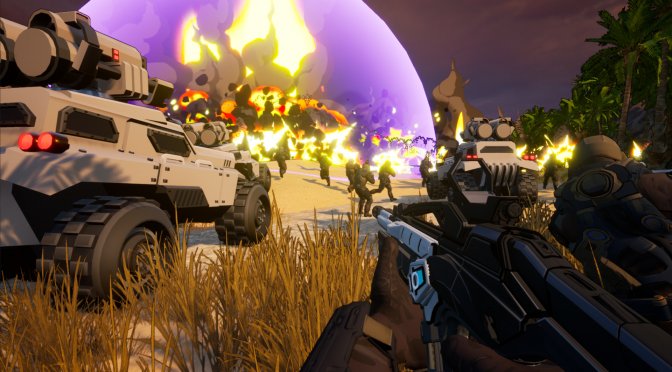 Petroglyph has announced that it will put on hold its FPS/RTS hybrid, Earthbreakers. According to Petroglyph, it will now focus on an exciting brand new game. In order to finish it, though, it will also need the team that was working on Earthbreakers.

“Since starting this project last year we have been approached by a publisher to work on an exciting new game that has required all our available resources, including the majority of the Earthbreakers team. This means that for now, we need to place Earthbreakers on hold while we focus our full attention in making this new project as great as it can be.”

Earthbreakers was an FPS/RTS hybrid in which players would have to protect their harvesters, build factories and vehicles, and assault the enemy base. Basically, it had a similar concept to Command & Conquer: Renegade.

The game would use a team purchase system to build an RTS-style base. Each building would unlock new infantry classes, vehicles or upgrades depending on the structure built. Furthermore, the game would have multiple classes and a number of vehicles that players can drive.

There is currently no ETA on when Petroglyph will resume development on Earthbreakers.