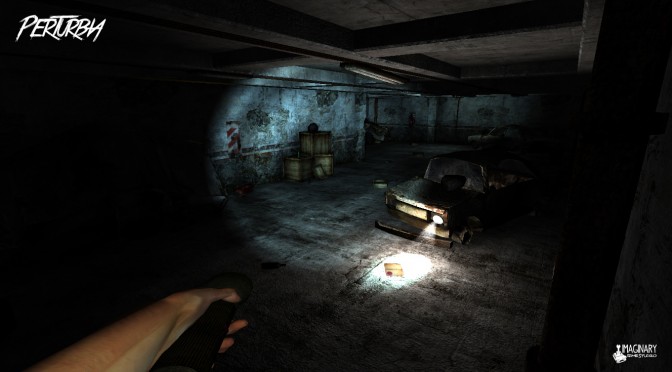 According to its description, the game is designed to raise the bar on the level of difficulty in comparison with other first person horror games, drawing the player into a story that fits perfectly into the psycho-thriller genre. As a survival horror game, it makes the player struggle against a hostile environment with few resources at hand, forcing them to solve logic-based puzzles.

Playing as Josh, you’ll uncover the most dark secrets of his mind, which will blend into a terrifying and unique story.

“You’ll be tested in both terrifying and demanding ways. We believe that many players are still looking forward to playing those old-school games that demanded great effort and even frustration to be beaten, but offering satisfaction in exchange. For those of you who still remember this old-school feeling as we do, here is Perturbia.”

IGS aims to raise $18K in the next 29 days, and those interested can go ahead and pledge support by visiting the game’s Kickstarter page.

In addition, IGS has released a demo fori Perturbia that can be downloaded from here.