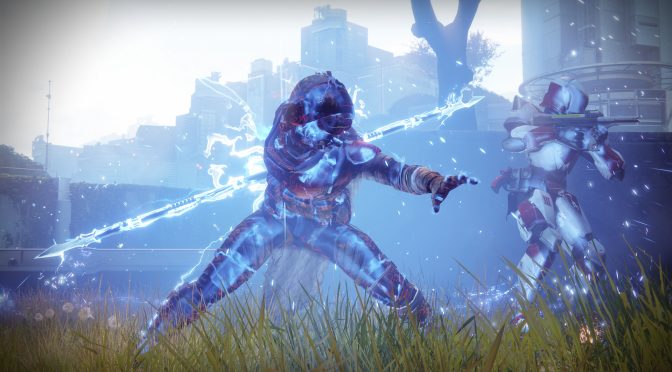 Even though the PC version of Destiny 2 will be delayed, it appears that this particular version will be the definitive version of Bungie’s upcoming title. And that’s because apart from a FOV slider, a proper mouse+keyboard control scheme and multiple graphics settings, this version may be the only one that will be running at 60fps.

As Bungie has already claimed, the PC version of Destiny 2 will feature an uncapped framerate. On the other hand, both PS4 and Xbox One versions will be locked at 30fps. And if you thought that the PS4 Pro version would offer a performance mode with 60fps at 1080p… well… guess again.

Bungie’s Luke Smith told IGN that even PS4Pro’s CPU is unable to offer a stable 60fps in Destiny 2.

“I mean, I’m going to wade into this, and you can flesh it out. The console, the PS4 Pro is super powerful, but it couldn’t run our game at 60. Our game’s this rich physics simulation where collision of players, networking, etc, and like, it wouldn’t run… [there’s] not enough horsepower there.”

The only console that may run Destiny 2 with 60fps is Microsoft’s Xbox Scorpio. We do know that Xbox Scorpio will come with a better CPU and a more powerful GPU than Xbox One (and PS4Pro), so it remains to be seen whether Bungie will be able to make its title run with more than 30fps.

However, and since there is a marketing deal with Sony, we wouldn’t be surprised if Destiny 2 is locked at 30fps even on Microsoft’s upcoming console. Bungie has claimed that it cannot provide information for the Xbox Scorpio version before the presentation of Microsoft at E3 2017.

As such, the PC platform may be the only one that will offer a smooth 60fps experience, though we’ll have to wait until Microsoft’s E3 conference and see whether Xbox Scorpio will offer a 60fps/1080p option or just a 4K option.