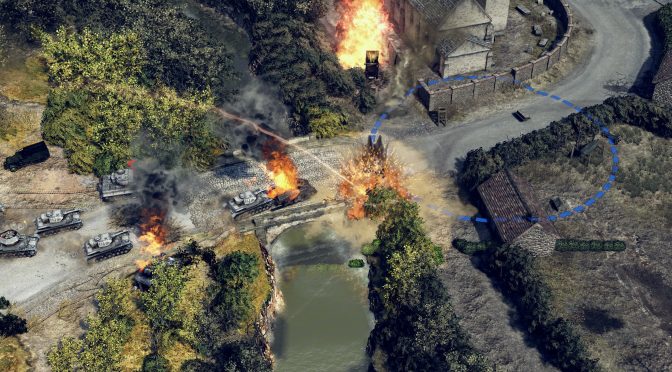 As an added bonus, Steam pre-purchase customers will also receive immediate access to the original Sudden Strike Trilogy (worth £12.06 as a bundle or £4.49 individually per game) completely free, also launching on Steam today for the very first time, complete with new cloud saving support, giving long-time series fans a hit of nostalgia and a look at the series’ evolution to newer players.

The beta will run all the way to the game’s full release on 11th August 2017, offering pre-purchase customers a first look at Sudden Strike 4, with access to the game’s tutorial, three singleplayer missions (Battle of the Bulge, Stalingrad and Balaton Defensive Operation) and two multiplayer/skirmish maps. Testers will also have exclusive access to the Beta Test Forum on Steam, where they can submit feedback and bug reports to the developers as they continue to polish the game in the run up to launch. The beta will be available in the following languages: English, French, Italian, German, Spanish, Russian, Polish, Korean, traditional Chinese, simplified Chinese.

Sudden Strike 4 will release worldwide on Steam on Friday 11th!