It appears that Paypal has leaked the date of Steam’s upcoming Winter Sale. According to Paypal, Valve will launch Steam’s big Winter Sale on December 22nd. It will be interesting to see what special offers will be included, especially after the previous somewhat underwhelming offers that were featured in Steam’s previous Sale event. 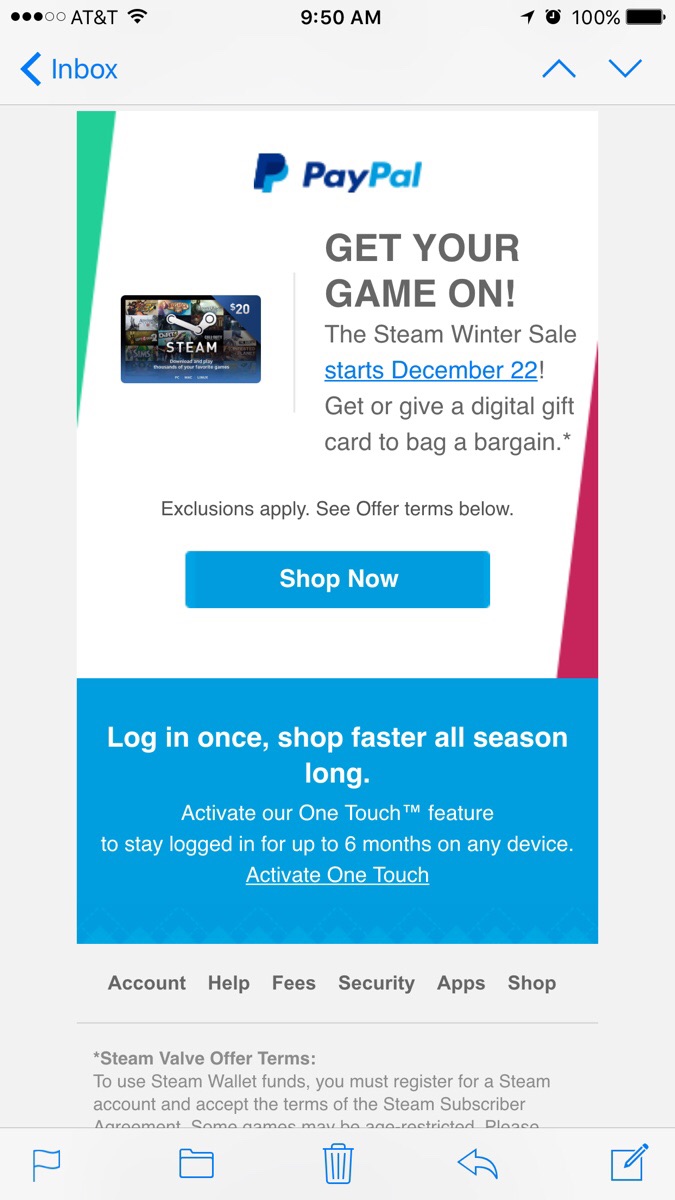 Stay tuned for more, and kudos to Reddit’s ‘Arganth’ for sharing the image!