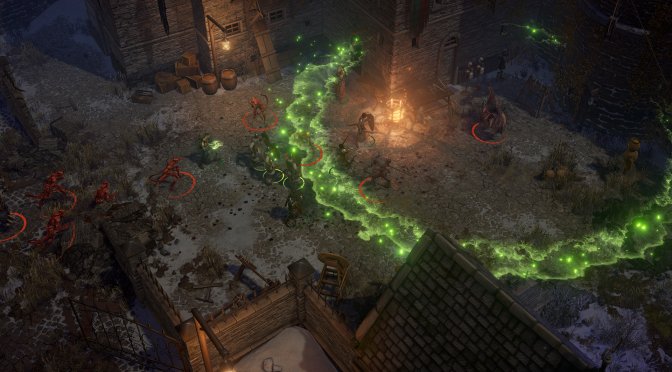 Owlcat Games has announced that the Kickstarter campaign for Pathfinder: Wrath of the Righteous has raised $2,054,339. As the press release reads, more than 35,000 backers helped fund the CRPG based on Paizo’s famous tabletop RPG and the adventure path of the same name. Additionally, the Kickstarter has unlocked 20 stretch goals.

“I express sincere gratitude to every backer who has supported us. This Kickstarter campaign was incredibly successful and our team is amazed by the overwhelming support of backers who share our love of Pathfinder. For us, it is essential to communicate with the core players from the early stages of development. We are looking forward to getting the players’ feedback during a closed alpha test in April.”

Pathfinder: Wrath of the Righteous will feature nine Mythic character types with unique abilities. These characters will greatly affect the title’s narrative, gameplay and variety of choices.

The game will also feature an extremely flexible character building system with 24 classes to choose from. There will be six archetypes per class, three new races in addition to nine from Pathfinder: Kingmaker, one new companion, mounted combat, full-scale animal companion progression and more. Furthermore, there will be a turn-based mode (TBM). This mode will allow players to experience a play session almost identical to the tabletop version.