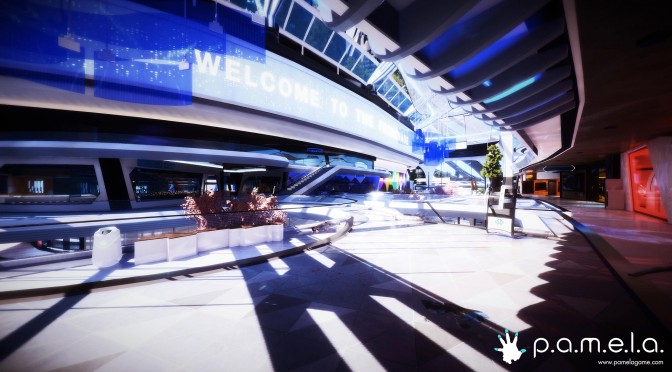 NVYVE Studios has announced a new first person survival horror game called P.A.M.E.L.A. P.A.M.E.L.A. will be powered by Unity 5, is currently in pre-alpha development for the PC, and you can view below its first screenshots and its debut trailer.

In P.A.M.E.L.A. players explore and survive in a Utopian future, ravaged by humanity’s misguided pursuit of perfection. With the help of an enigmatic ally, players can scavenge, discover and fight for your life on Eden, a floating monolith of a dead civilization.

SURVIVE – Eat, sleep, and find shelter in a strange and unforgiving world.
DISCOVER – Unveil the tragic mysteries that lie within the walls of Eden.
SCAVENGE – Find supplies and equipment before someone else does.
BUILD – Utilize advanced technology to construct and fortify your own safe haven.
FIGHT – Wield a wide array of advanced equipment and weaponry to defend yourself against Eden’s residents

Enjoy and kudos to our reader ‘Juan Manuel Brizuela’ for bringing this to our attention!