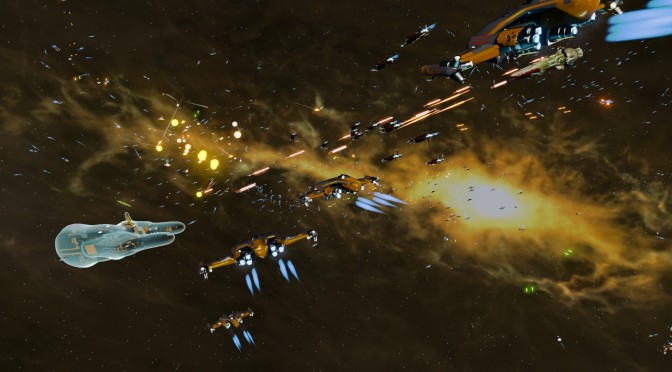 As we told you a couple of hours ago, the Star Swarm Mantle benchmark of Oxide Games was meant to hit the Internet this month. So, here it is. Star Swarm is now available and can be downloaded via Steam. AMD has not released yet the 14.1 drivers that bring support for this new API, so now is the perfect time to download the benchmark and get yourselves ready for them.

As described, Star Swarm is a real-time demo of Oxide Games’ Nitrous engine, which pits two AI-controlled fleets against each other in a furious space battle. Originally conceived as an internal stress test, Oxide decided to release Star Swarm so that the public can share our vision of what we think the future of gaming can be. The simulation in Star Swarm shows off Nitrous’ ability to have thousands of individual units onscreen at once, each running their own physics, AI, pathfinding, and threat assessments.

Here are the key features of Star Swarm: