While Outlast 2 was not up to what fans of the first game were hoping, it appears that it has sold well. In an interview with WCCFTech, Red Barrels’ co-founder and senior game designer Philippe Morin said that the game closes to one million sold copies.

“We’re getting close to 1 million units sold, so yes we are happy.  We knew the game would be polarizing, but what’s the point of being an independent developer if you’re going to play it safe?”

According to Steamspy’s data, Outlast 2 has sold around 200K copies on the PC. As such, we can safely assume that the PC version under-performed in this case. Red Barrels has not released any platform sales data, so we can’t be one hundred percent sure here. Still, the PC sales figures seem a bit low, especially when we compare them to those of the first Outlast. 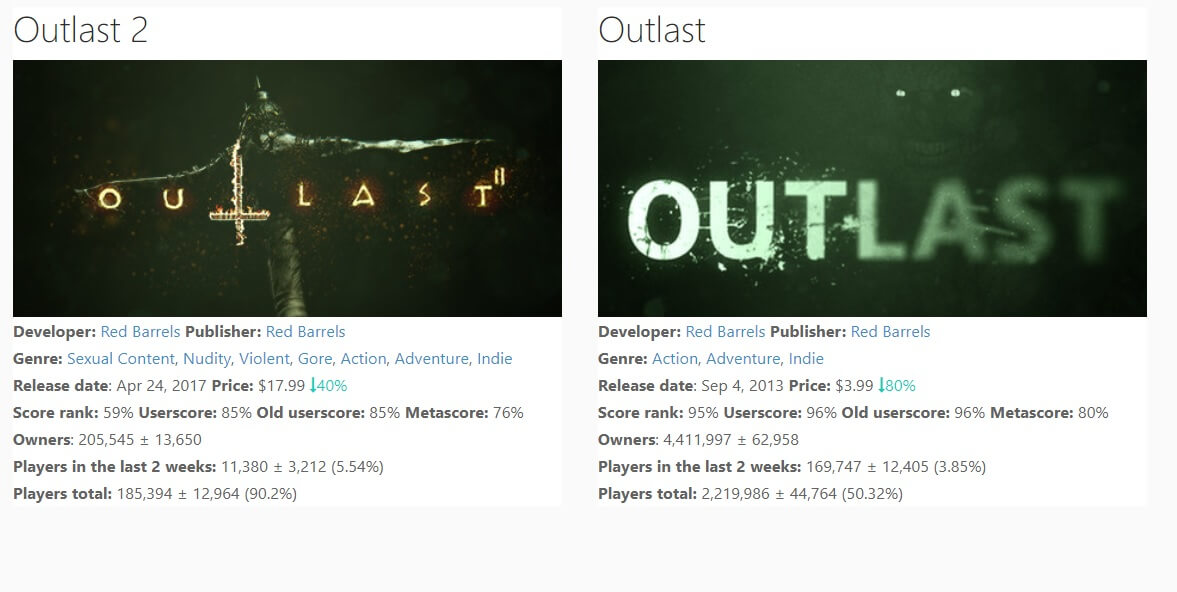