Now this is interesting. In an attempt to get Valve’s attention, Valve’s fans decided to commence Operation Crowbar. The operation involves buying a $7 crowbar from Amazon and shipping it to Valve’s offices until “Valve is up to their nipples in crowbars“. Ooooooooooookay, we get that Valve’s fans are annoyed with the company’s stance over these past few weeks, but seriously? On the other hand, this is awesome and funny at the same time and… well… kudos to the community for its dedication.

And what happens if you can’t afford those 7 bucks to buy the crowbar? Well, apparently you can also flood Valve’s Facebook page with pictures of crowbars, or send them dirrectly to Gabe Newell. That’s hilarious and an interesting way to get the company’s attention. Bet that Gabe is laughing his ass off with this whole situation.

And here is the best part:

“Dont add notes to your crowbar order. And when you are emailing.
Just send a picture. Dont write anything.
We must be silent. Just like Valve.”

Seems that some took seriously those HL3 teasers and can’t wait to get their hands on some new information. This will obviously won’t have any effect but can you imagine all those crowbars at Valve’s offices? Now it would be really cool if Gabe and Valve decide to capture a video with Gabe holding one of those crowbars and hinting to Half-Life 3. Awesome idea, right? But that’s not gonna happen.

So, what will you do? Will you send Gabe and Valve a crowbar or not? 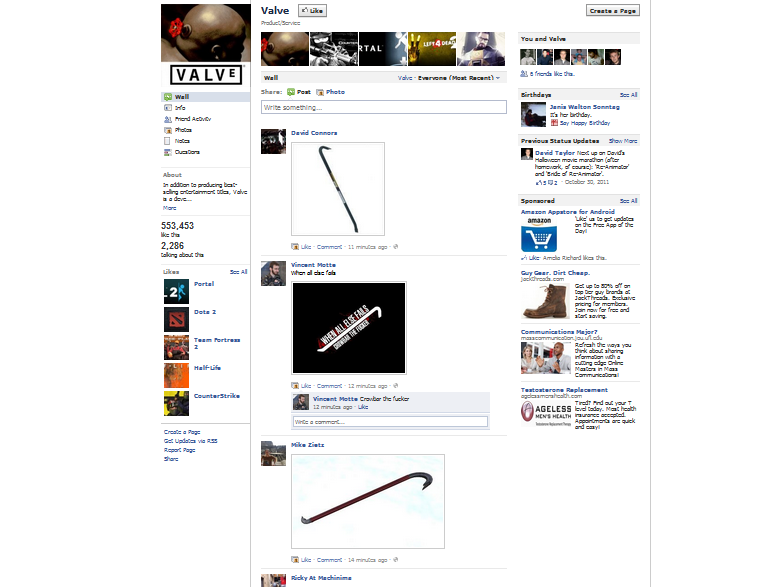