Of Orcs and Men, the grand role-playing game, jointly realized by Spiders (Realization and Development) and Cyanide (Concept and Production) for PlayStation 3, Xbox 360 and PC, today unveiled a new series of 5 ingame screenshots!

These new screenshots will plunge you into the dark world of Of Orcs and Men. In these troubled times, the fearsome legion of Bloodjaws, counting some of the best Orc warriors, is preparing to go on a last suicidal mission: one that might very well change the course of the decades-long war that has raged on the continent. Today is the day the “greenskins” take arms and fight for their freedom!

The game starts you in the role of an elite Orc warrior, deeply involved in the war against their persecutors, Humankind. You have been sent on a dangerous mission that could change the course of the war: kill the one responsible for all the bloodshed and mobilization of the human race to destroy the green-skinned people-the Emperor himself. Joining you in your mission is a Goblin, an assassin and master of stealth, who complements your Orc’s brute strength in battle.

From the Wall separating the Empire of Men from the Orc territories, to the Isle of Laments, Of Orcs and Men’s fantasy universe comes to life thanks to the powerful graphics engine developed by Spiders. The 5 screenshots revealed today are a testimony of the care brought by Spiders and Cyanide to realize a quality role-playing game endowed with a strong identity, an exceptional ambiance, and unique graphics rendering.

Of Orcs and Men is currently planned for a September release! 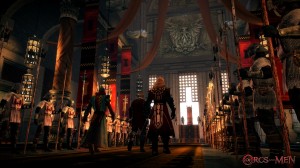 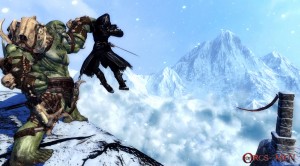 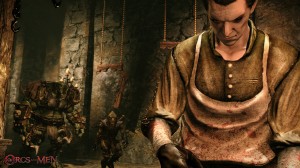 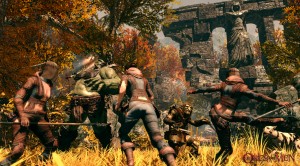 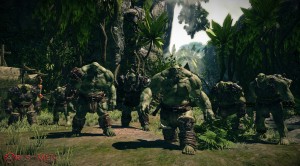