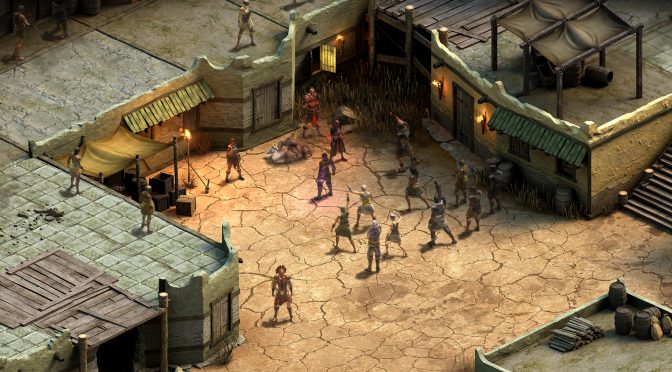 The game places players within a world where a brutal clash between good and evil has taken place – and evil has emerged triumphant. Players will take on the role of a high-ranking officer in the armies of Kyros the Overlord, make world-altering, morally difficult decisions that guide the fate of thousands, and find their place in a new world order.

“Tyranny is a groundbreaking step for Paradox, establishing us further within the RPG genre. Paradox games are, by design, deep, complex, and replayable, allowing gamers to experience very personal stories when they play one of our titles. Who better than Obsidian to create an RPG that fits those qualities? We’re proud to share Tyranny with the world and show what we can achieve with such a creative partner.”

“The tale of Tyranny is a story that Obsidian has been thinking about for years, and today we’re proud to share it with the world. What started out as a simple premise – ‘what if evil won?’ – has become the next great Obsidian game. As RPG players, we love great stories and tough choices in games. With Tyranny, we made sure these were at the forefront, through the lens that evil has already conquered the world.”

In order to celebrate this announcement, Paradox Interactive has also released the game’s launch trailer that can be viewed below!