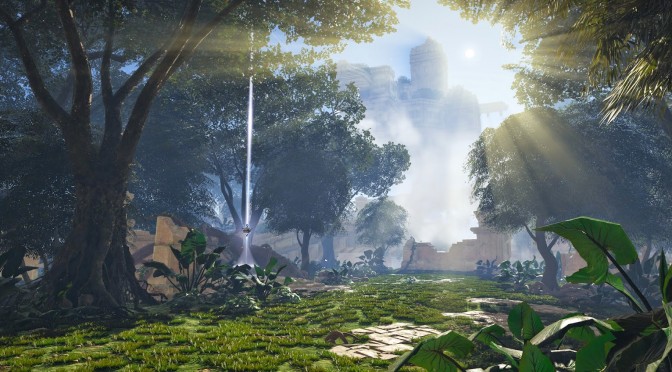 My.com announced today the European Premiere of its three upcoming massively multiplayer online games (MMOGs) World of Speed, Armored Warfare and Skyforge at this year’s Gamescom. Media are welcome to try out the games in the business area in hall 4.1 at booth A-020.

My.com will be revealing the closed beta test term and showcasing new content and gameplay features for all three games including:

· World of Speed
Slightly Mad Studios will reveal major multiplayer features of the game including the elaborate team mode and team tactics plus unique team objective system. The premiere will be also flavoured with a new race track together with a variety of new cars.

Developed by the award-winning team at Slightly Mad Studios, the massively multiplayer online action-racing video game World of Speed combines AAA HD graphics, the most favourite car brands, real world circuits and tracks carved from the streets of real world cities with an intense multiplayer experience. Players will be able to create in-game Clubs and compete against other players and teams in a variety of diverse gameplay modes and dominate the world in Territory Wars.

· Armored Warfare
Obsidian Entertainment will showcase the extensive Progression Tree and Arms Dealers gameplay feature for the first time. This will also be the first hands on preview of the game in Europe for press to play through an all new PVE mission on a new map with new tanks.

· Skyforge
For the first time ever, Obsidian Entertainment and Mail.Ru’s Allods team will reveal the massive gods end-game feature and how the system will work in-game. The presentation at Gamescom will also be a first look at two classes, brand new locations and much more.

In the world of the MMORPG Skyforge fantasy meets science fiction where players develop from immortals to powerful gods while protecting the residents of the planet Aelion. Developed by Allods team with assistance from Obsidian Entertainment, Skyforge offers a fresh online gaming experience with an exciting impact of console combat system, a variety of classes and a deep character customization with millions of players on one server.

Players can already register for the Closed Beta for all three games at the game’s official websites.