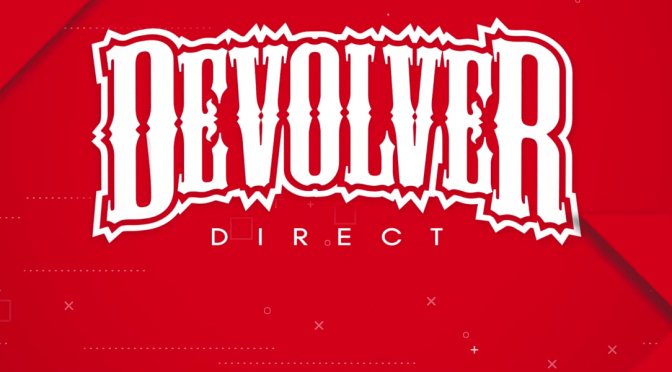 Publisher Devolver Digital has just announced on Twitter that it will host an E3 replacement livestream show next Saturday, on July 11th.

This event will be called Devolver Direct. You should expect new game reveals, gameplay reveals and some release date announcements. The publisher has also confirmed that some game demos will also be released after the event, including titles like Carrion and Disc Room.

This E3 livestream event will be hosted one day before Ubisoft’s Forward event, which will be streamed on July 12th, 8 PM BST, 3 PM PM EDT and 12 PM PDT.

You’ll be able to watch Devolver Direct next weekend via Twitch and Steam. I just hope the indie publisher announces something on Serious Sam 4, and the next entry in the Shadow Warrior series.

We have already seen some new screenshots and few gameplay trailers for Serious Sam 4 before. So here is hoping that the publisher announces something new on this Devolver Digital livestream event.