NVIDIA recently delayed the GeForce RTX 3070 GPU launch to October 29th, and the reason behind this delay could be due to the high demand expected for this mid-range GPU at launch, and it is also possible that Nvidia wants to give the board partners/AIBs more time to finalize and test their custom design GPU models, as well as increase their day-1 stock levels.

Now we have some more info to share on this upcoming Ampere card which is based on the GA104-300 GPU core die. Some photos have emerged showing a fresh batch of RTX 3070 chips being passed on through the validation process for production, before the final retail launch.

A new post from twitter user @Avery78 shows a picture of Nvidia’s desktop GA104-300 Ampere GPUs being validated for production. We can see several GA104-based chips on a tray going through the final validation phase. This was originally leaked over at the Baidu forums but the original forum post has since been removed. So you should still exercise caution here.

What seems more interesting is that the RTX 3070 does not feature a fully enabled GA104 die. So this could also be an indication that an RTX 3070 Ti or the RTX 3070 Super GPU might be in the works like previous rumors have suggested.

As you can see from the validation screenshot posted above, the die yields are not 100% perfect. Looks like the current ratio fail vs pass is 102/59, this is why yield control is also set at >50%.  The Test system flow also says System Level Test/SLT (for Functioning Die), Fuse Check, and 100% BGA Solder Ball scan.

This happens with any wafer, as we can have both defective/wasted and good dies as shown below (just a reference example image). 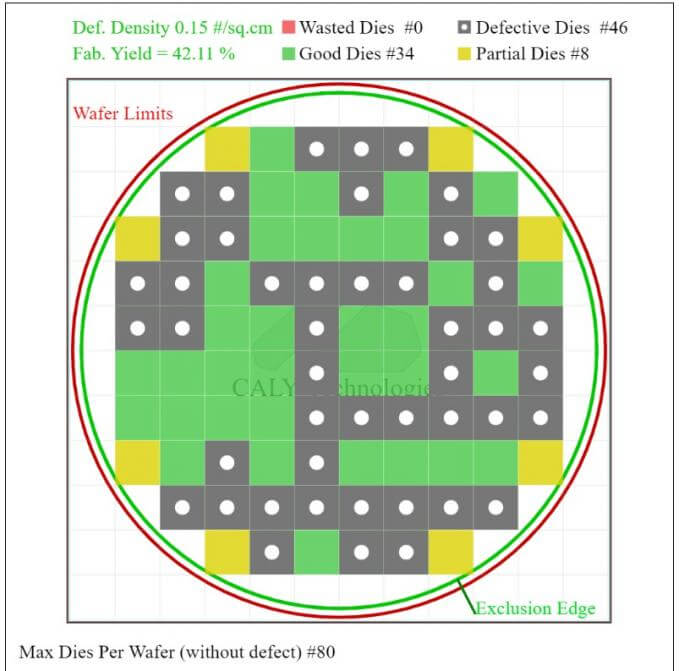 According to the leaker, the production line capacity output is 1,000 per day. Inspections have been completed and started just a few days ago. And validation results can be categorized as ‘excellent’, ‘qualified’ & ‘unqualified’. The unqualified samples will go back to be re-tested.

To reiterate once again, the GeForce RTX 3070 graphics card is going to be based on the GA104 GPU core, and will feature 8 GB of GDDR6 non-X memory/VRAM. Nvidia has enabled a total of 46 SM units on this flagship card which results in a total of 5888 CUDA cores.

In addition to the CUDA cores, the RTX 3070 also packs next-generation RTX (Ray Tracing) cores, Tensor cores, and a brand new SM or streaming multi-processor unit. The GA104 GPU is based on Samsung’s 8nm (N8) process node, and it measures at roughly 392.5mm2 on size, and features 17.4 Billion transistors (93% more transistors as featured on the TU102 Turing GPU).

The GeForce RTX 3070 will come with 14 Gbps of Memory clock, along with a full uncut bus interface of 256-bit which will deliver a cumulative bandwidth of 448 Gbps. As for the pricing, the Founders Edition will hit retail shelves at $499 USD, while some custom AIB SKUs might come at a premium price point, depending on the GPU model and build quality.

Nvidia has advertised this card to offer GeForce RTX 2080 Ti level of performance, and some official first-party gaming benchmarks were also shared, as shown below. 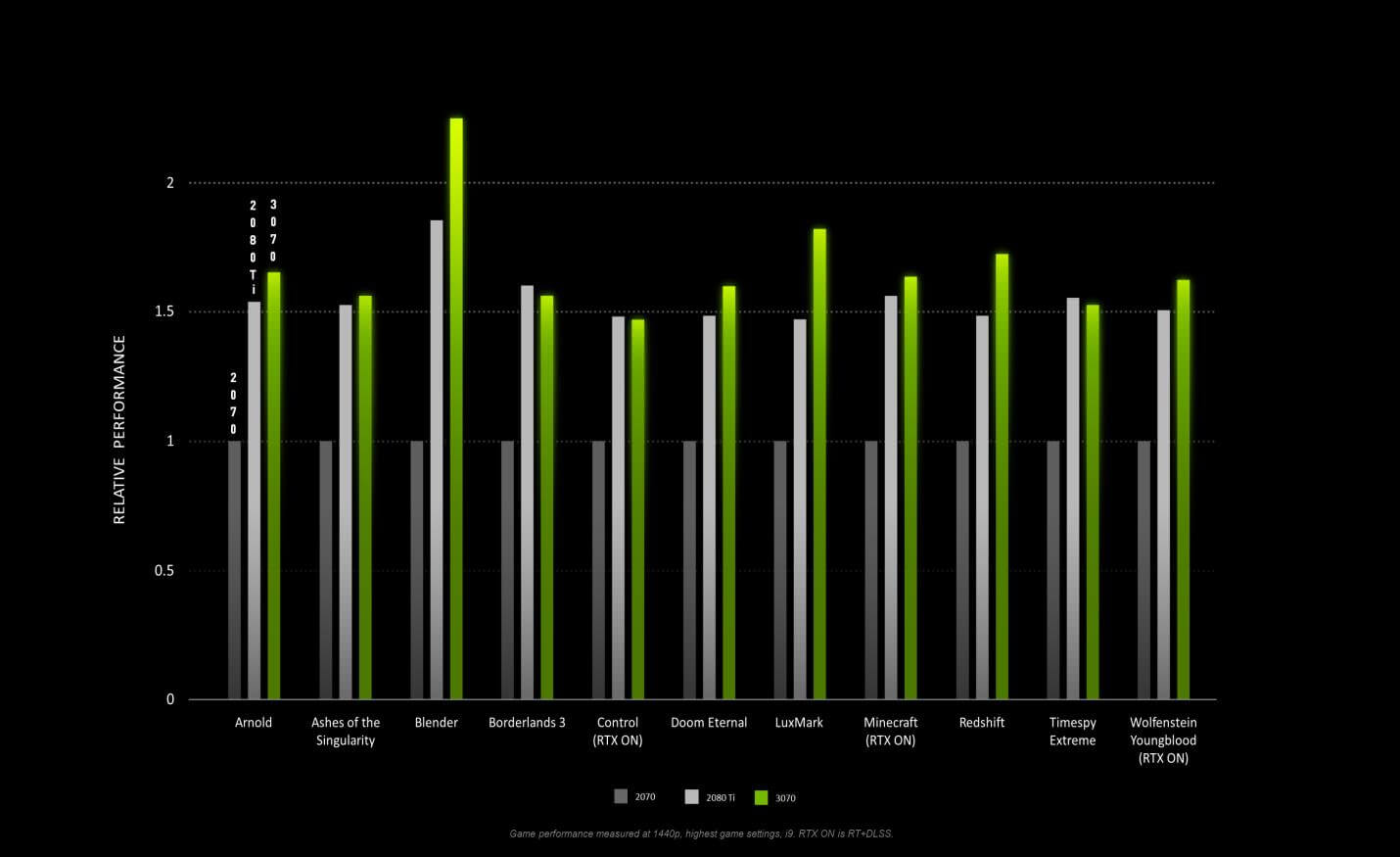