Buying a GTX 1650 GPU these days can get confusing. Currently there are 4 variants of this graphics chip from Nvidia. If you don’t look closely at the manufacturer’s specifications, then you may end up buying a wrong SKU.

The original GeForce GTX 1650 GPU rocked the TU117 silicon, and the GPU’s 896 CUDA cores were attached to 4GB of 8Gbps GDDR5 memory on a 128-bit memory interface bus. After a year later, Nvidia rolled out the same card having a GDDR6 Memory type, and this variant came with a faster 12Gbps GDDR6 memory, which actually allowed the graphics card to deliver up to 50% higher memory bandwidth, despite lower clock speeds. The GDDR6 upgrade boosted the performance up to 10-15% over the vanilla GTX 1650 GDDR5 SKU.

@momomo_us has posted a picture of this new die, which belongs to a Gigabyte model GPU (GV-N1656OC-4GD R2.0). This appears to be a new Revision Model. NVIDIA has also released a TU106-125 variant of this GPU for the Chinese/Asian market, and this card comes with a slightly higher TDP at 90 Watts. So, there you have it. Not every GTX 1650 GDDR6 is the same. So finally we have four/five variants of the GTX 1650 card, which can also get a bit confusing.

The end user or gamer needs to be aware of the specs before buying, but everyone is not that tech-savvy, so they might end up buying a wrong card/SKU in the end. The picture of this new die can be seen below. 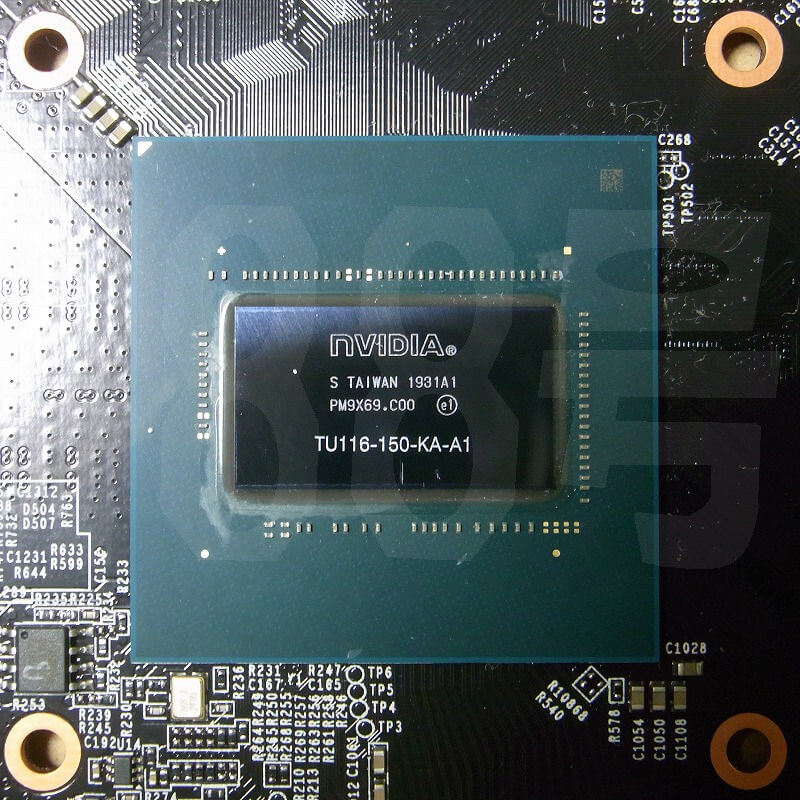