Yesterday, AMD has officially announced its first 7nm graphics card that will be based on Vega 20, the AMD Radeon VII. AMD Radeon VII will compete with the NVIDIA GeForce RTX2080 and from the looks of it, NVIDIA’s CEO was not really impressed by what AMD has achieved.

When asked about the new AMD GPU, Jensen Huang told PCWorld that he found this new GPU underwhelming.

The AMD Radeon VII will come out in February and will be priced at $699, however most gamers can already find some NVIDIA GeForce RTX2080s at similar prices. 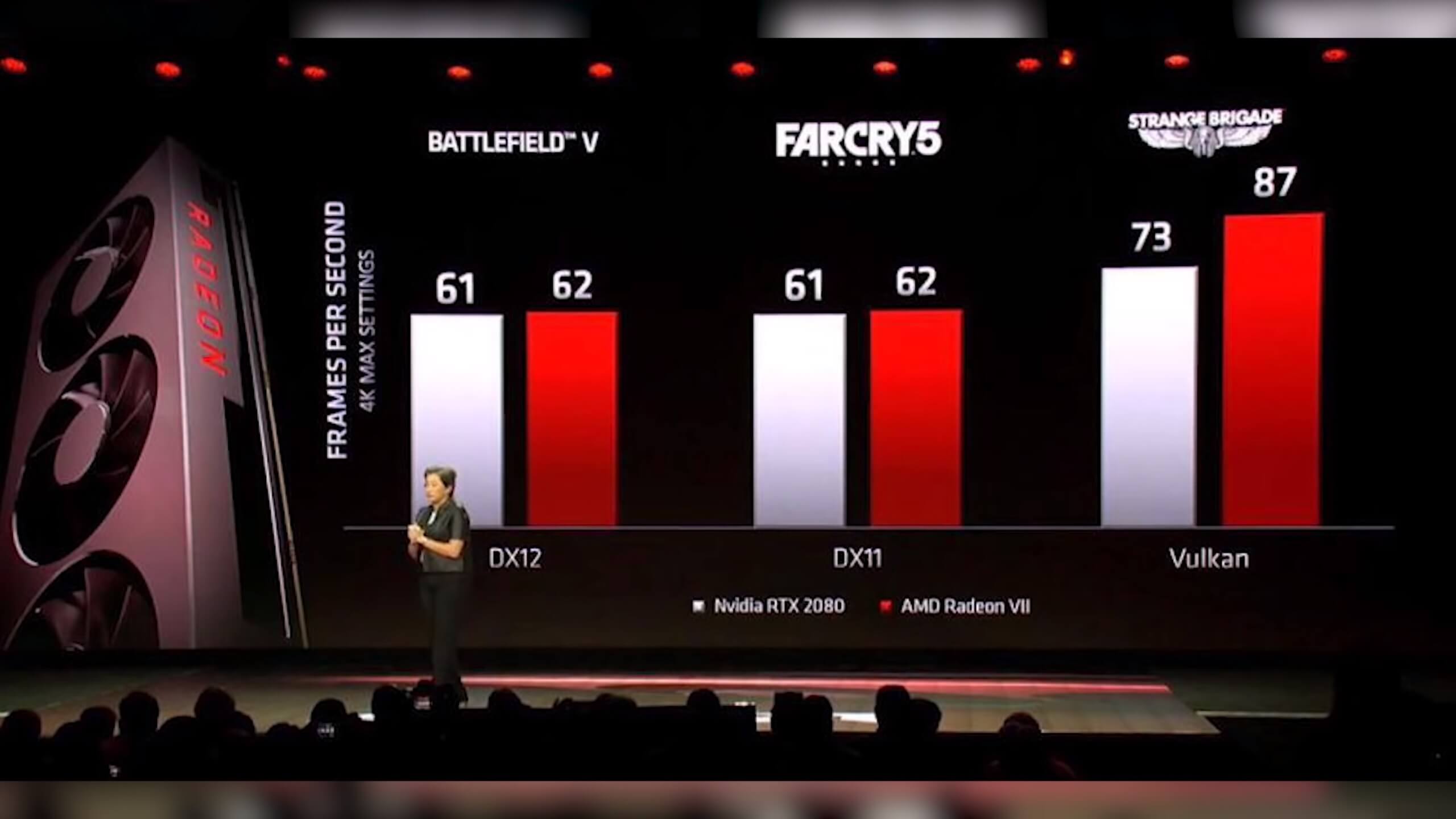 Now since a lot of people criticized NVIDIA for pricing the RTX2080 at $699, I’m pretty sure that the same people will criticize AMD for releasing a new overpriced product that does not bring anything new to the table. Yes, the Radeon VII can match the performance of the GeForce RTX2080 and while competition is great for us consumers, we do have to wonder why should gamers bother with it when they can already get an RTX2080; a GPU that performs identically, has the same price, and comes with more/newer features.