YouTube channel ‘Gamer Meld’ claims to have received an email from an NVIDIA AIB partner, in which the AIB stated that the NVIDIA GeForce GTX1180 will release on August 30th. Before continuing, we have not been able to confirm the authenticity of the email, so take everything you are about to read with a grain of salt.

According to the email Gamer Meld received, the NVIDIA GeForce GTX1180 will release on August 30th, and the NVIDIA GeForce GTX1170 will release on September 30th. The email also claims that a 1180+ will come out on September 30th, however this is the first time we’re hearing about such a GPU (and we are certain that the GTX1180Ti version will not be coming anytime soon so no; the 1180+ is not the 1180Ti).

Here is the email, shared by Videocardz. 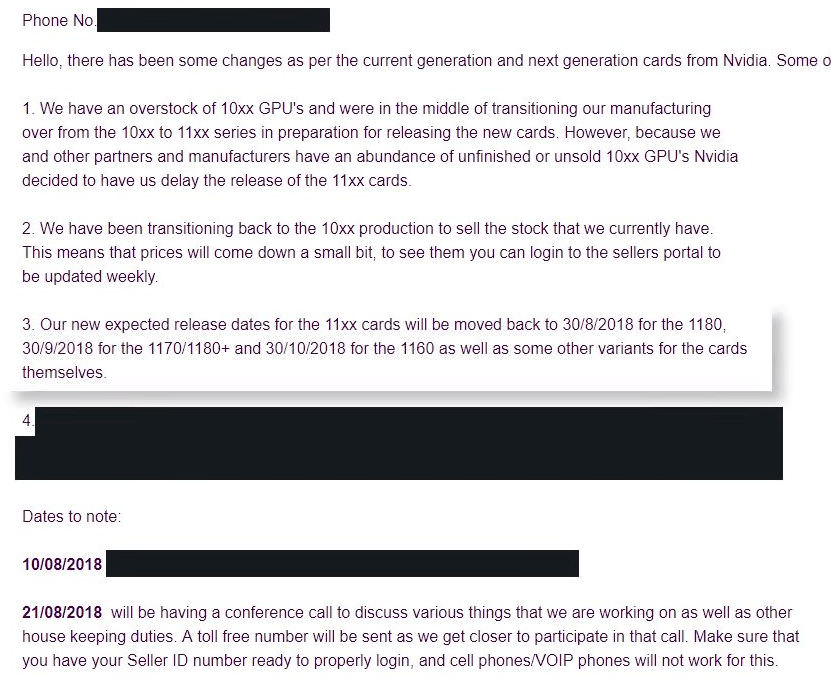 Kudos to our reader Metal Messiah for spotting it!