Nordic Games announced today that it has concluded a distribution agreement with Piranha Bytes for all existing titles of the Gothic Universe. The following new editions will be available in retail stores on 2 April 2012. Gothic 3 Enhanced Gold Edition will feature Gothic 3 and Gothic 3 Forsaken Gods in extensively improved editions, financed by Nordic Games, while Gothic Complete Collection will include all Gothics (Gothic, Gothic 2, Gothic 2 Night of the Raven, Gothic 3 Enhanced and Gothic 3 Forsaken Gods Enhanced) forged into one incredible edition.

In addition to the already via patch download available Gothic 3 Forsaken Gods Enhanced, the Gothic 3 Enhanced Gold Edition will further let the main game Gothic 3 shine in new splendour. These improved versions of both Gothic 3 titles will also be an integral part of the new Gothic Complete Collection. 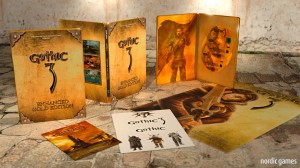 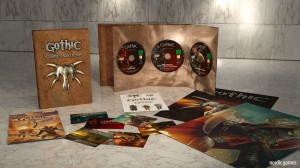