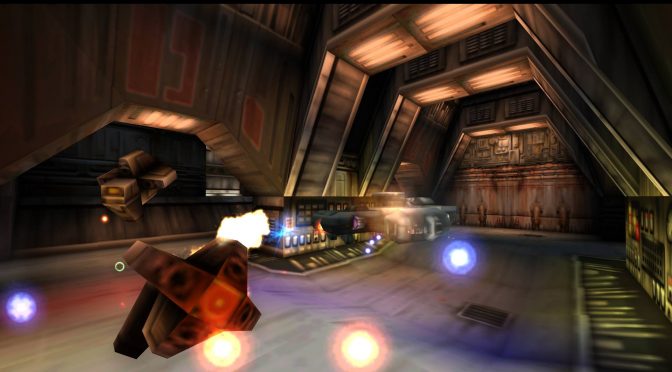 Nightdive Studios has just released some screenshots for Forsaken, hinting at a possible re-release or a remaster. Forsaken is a 3D first-person shooter similar to Descent. The game came out in 1998 and was one of the few games that showcased what 3D graphics accelerators were capable on the PC.

Nightdive Studios did not reveal any additional details but our guess is that similar to Turok Remaster, Forsaken Remaster will be as close to the real deal as possible. In other words, the game’s textures and 3D models won’t be enhanced or improved. PC gamers may be able to choose resolutions up to 4K and the game will run on all modern-day systems but apart from these ‘features’, you should not expect a complete ‘modern’ remaster.

We’ll be sure to let you know about this re-release or remaster of Forsaken as soon as we get more info about it. Until then, enjoy the following screenshots!