Square Enix has announced that the worldwide shipment and digital sales of its action-RPG, NieR: Automata have exceeded one million. While the company did not reveal specific percentages for “shipped” and “sold” units, we do know that almost 1/4 of digital sales is coming from the PC platform.

According to SteamSpy’s data, the PC version of NieR: Automata has so far sold 220K units. 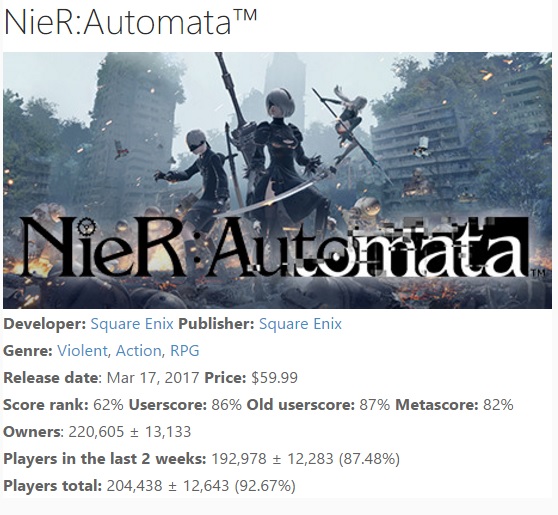 It’s also worth noting that the PC version of NieR: Automata was released one week after the PS4 release, and that the game still suffers from some ridiculous PC issues that have not been resolved as of yet (although most of them are fixed thanks to Kaldaien’s FAR mod).