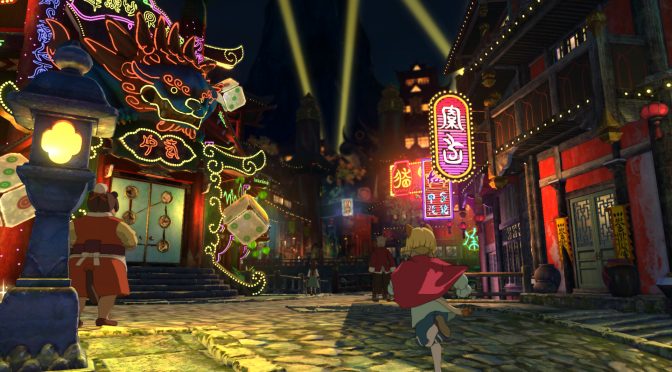 Ni No Kuni II: Revenant Kingdom provides two additional game modes for players to engage in as they progress through the game’s main story. As Evan reclaims his crown in the newly formed kingdom of Evermore, he must manage all aspects of daily life within its borders.

Players will erect shops, farms, barracks, and a host of other facilities to increase the economy of Evermore and provide new equipment for Evan and his allies as they venture further into the world. Players can also hire residents to staff these shops and research new items and abilities to increase Evermore’s influence across the land.

Evan will also lead an army into skirmish battles. These large-scale battles against other armies will test the resolve of Evan’s military might. Recruit new generals with special abilities to take down the opposing forces and claim victory.

“Ni No Kuni II: Revenant Kingdom is an incredibly special game crafted by some of the most talented individuals across video games, anime, and music. Its unique environments, charming story, and action-packed combat are sure to ignite the imaginations of gamers around the world.”

The game is currently planned for a March 23rd release.

Ni no Kuni II: Revenant Kingdom - PS4/PC - Behind the scenes 4: Building the kingdom