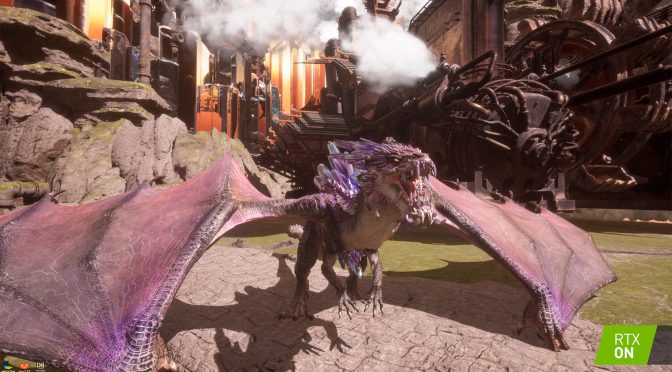 At GDC 2019, NVIDIA and Nexon announced that Dragonhound, a mounted-combat online action RPG that has players hunting big dragons and monsters in a massive world, will support real-time ray tracing effects.

Dragonhound will be using ray tracing for its reflections and shadows. In order to showcase these visual improvements, NVIDIA has released a trailer showing the game running with these RTX effects enabled.

Although we don’t have enough information about Dragonhound, we do know that it is powered by Unreal Engine 4 and is being developed by DevCat. From its description, Dragonhound appears to be a game inspired by Monster Hunter World (as you will be fighting huge monsters).

We also don’t know when Nexon aims to release this online action RPG in the Western countries so don’t hold your breath as it may take a while until you can get your hands on it.

We’ll be sure to keep you posted about this title so stay tuned for more. Until then, enjoy the following trailer!