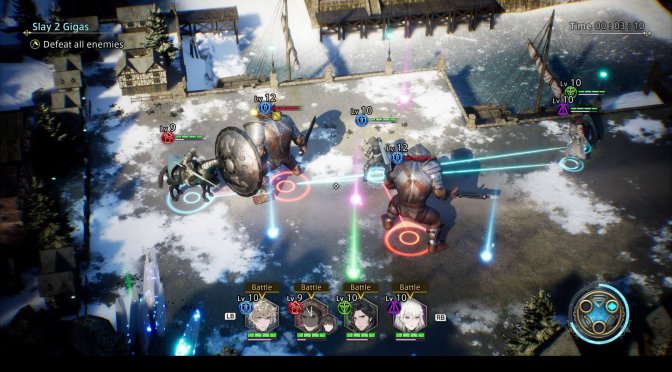 Square Enix has announced that The DioField Chronicle, an all-new strategy RPG that immerses players in an epic tale of war and honor with intense real-time tactical battles, will release on September 22nd. In order to celebrate this announcement, the publisher also released a new trailer that you can find below.

In The DioField Chronicle, players can experience a real-time tactical battle (RTTB) – a new, deeply strategic, real-time battle system, which is further enhanced with a gritty and immersive storyline that is crafted by a skilled and experienced development team featuring unique character designs by Taiki (Lord of Vermilion III, IV), concept art by Isamu Kamikokuryo (FINAL FANTASY XII, FINAL FANTASY XIII) and beautifully orchestrated music by world-renowned composers Ramin Djawadi and Brandon Campbell, known best for their work on Game of Thrones.