According to the website, this new Metro game will be picking up the story where the novels ended. 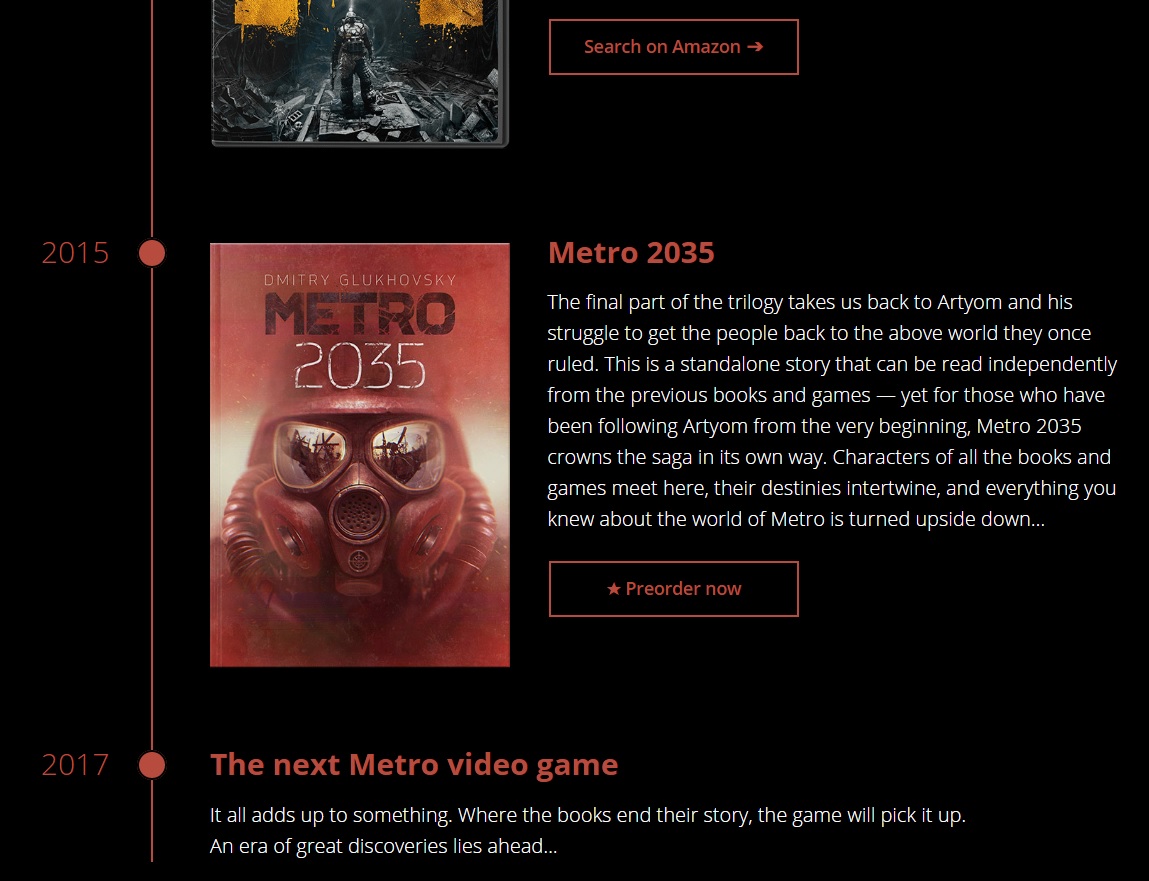 Exciting news, right? Well, let’s be realistic here; don’t expect a new triple-A Metro game in 2017. While it seems that a new Metro game is indeed under development, we don’t expect it to be released in 2017.

After all, the Metro 2035 website has other inaccuracies too. For example, Dmitry Glukhovsky’s website claims that the Metro 2035 novel was released in 2015, when in fact this novel is still not available.

Actually, it appears that the Metro 2035 novel was released in June 2015 in Russia (and in November 4th in Poland).