Activision is currently holding a Q4 Conference Call and we are happy to report that the big publisher has listed a Call of Duty game, planned for a Q4, 2013 release. Not only that, but Activision’s CEO has officially admitted that a new Call of Duty game is currently under development. Our guess is that this new COD will be developed by Infinity Ward, given the fact that the previous COD was developed by Treyarch and there is a one-year cycle between the studios that are developing these titles.

Unfortunately, we don’t have any more details about it. No word about the MP, the setting of the game, or about its gameplay and whether it will follow Treyarch’s example of exploring other areas (like Black Ops 2 strategy mini-games). Hell, we don’t even know the platforms at which this new Call of Duty game will be coming. 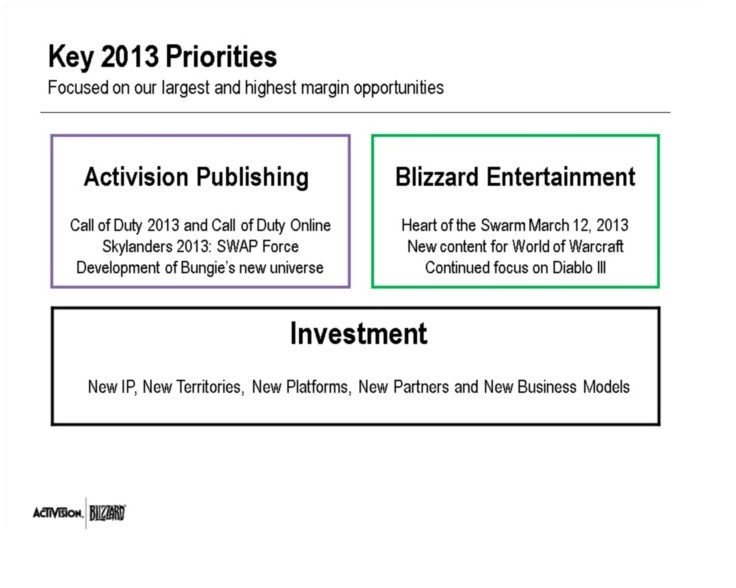 Guessing again here, this new COD should be coming on current-generation consoles, however there is a possibility for a late next-generation port to PS4 and X720. Unless of course Activision is also preparing a next-gen version of COD that has not been revealed yet. But then again, could this new COD game be a next-gen-only game?

From the screenshot above, we can clearly see that the publisher wants to expand to new territories, start working on new IPs and may embrace new business models (F2P anyone?)