Irrational Games has announced that a new trailer for Bioshock Infinite will be unleashed on October 21st. That was revealed on Bioshock Infinite’s official FB page, as the company has launched a countdown for it. According to the counter, the new trailer will air in 10 days, 21 hours and 33 minutes.

In this first-person shooter, the player assumes the role of former Pinkerton agent Booker DeWitt, who is sent to Columbia to rescue Elizabeth, a young woman imprisoned there since childhood. He develops a relationship with Elizabeth, augmenting his abilities with hers so they may escape from a city literally falling from the sky. DeWitt learns to fight foes in high-speed Sky-Line battles, engage in combat both indoors and amongst the clouds, and harnesses the power of dozens of new weapons and abilities.

BioShock Infinite is in development for PC, X360 and PS3 and is slatted for a February 2013 release. 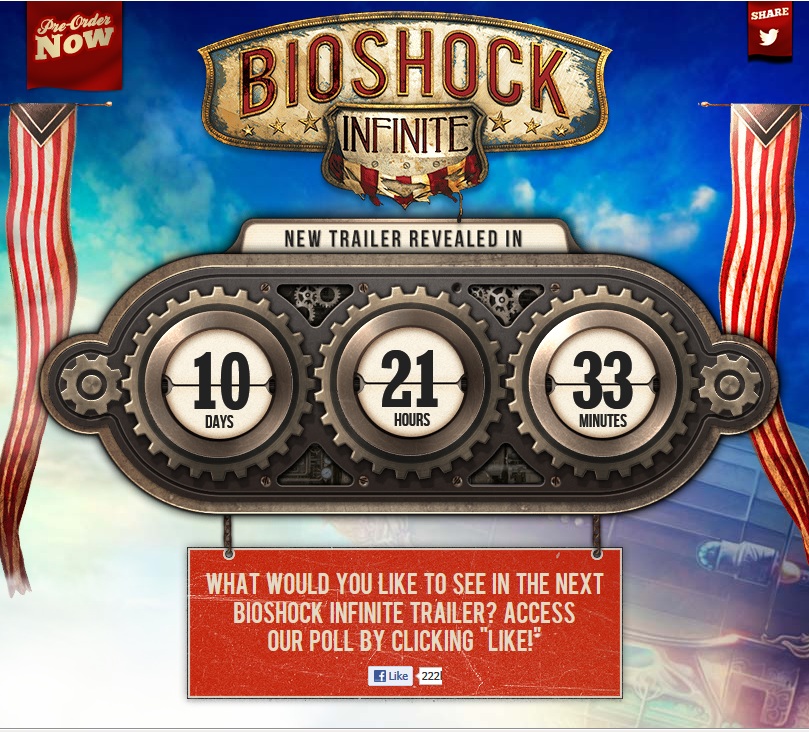