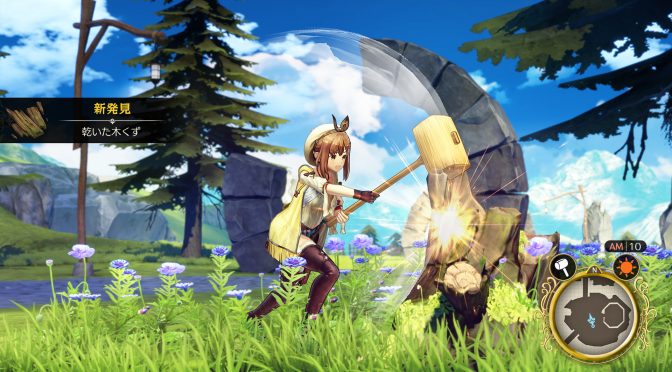 Atelier Ryza: Ever Darkness & the Secret Hideout has just been released on the PC and as you may have noticed, we didn’t bother testing it. The reason behind this decision was the awful current state of the PC version. However, things are about to change as KOEI Tecmo announced a new update that will soon come out.

According to the team, this patch will adds graphics options and mouse support. The new graphics settings will be added to the game’s launcher. Using these settings, players can adjust it according to your PC environment.

On the other hand, players will be able to activate the “Allow mouse operation” option. As its name suggests, this option will enable camera operation with the mouse. Players will also be able to bind the mouse keys to their liking.

It will be interesting to see whether KOEI Tecmo will also implement proper keyboard and mouse on-screen prompts. Right now, the game only displays gamepad buttons/keys.

Here are all the improvements that will be coming toAtelier Ryza: Ever Darkness & the Secret Hideout:

An option to adjust various graphic expressions in the game will be added to the launcher displayed before starting the game.
Using the graphic option, you can adjust it according to your PC environment.

In addition to the keyboard, mouse options can be set from the launcher displayed before the game starts.
You can play the game using the mouse by setting any controls to various buttons on the mouse.
Activating the “Allow mouse operation” option enables camera operation with the mouse.

Regarding the screen resolution that can be set in “Settings” of the launcher displayed before starting the game, it will be adjusted so that the maximum resolution can be selected according to the connected monitor even if it is not in full screen mode.

A function will be added so players can leave the game from the desk in the Atelier.