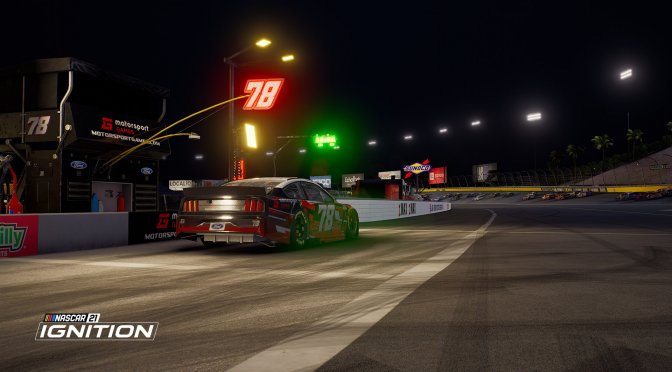 Motorsport Games has announced the latest part in its NASCAR series, NASCAR 21: Ignition. According to the team, the game will be using Unreal Engine and rFactor 2’s acclaimed physics engine.

“Players will feel like they are in the NASCAR Cup Series garage area and on pit road before each session. With voiceover from MRN Radio and 23XI Racing’s Freddie Kraft. Celebrate your victories with your crew in the victory lane sequence. Showcasing the high fidelity scanned NASCAR cup series drivers and accurately modeled event trophies.”

The game will also offer a customization setting, allowing you to create your own NASCAR Cup Series paint scheme. Moreover, it will have all the official race tracks (that were featured in the 2021 NASCAR Cup Series season).