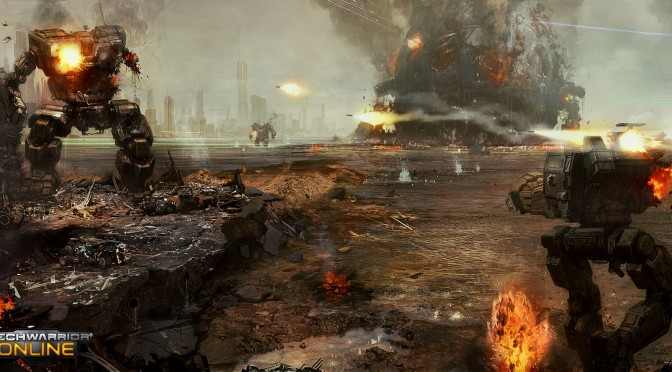 Well, talk about frustrating and betraying your fan-base. Piranha Games, creators of MechWarrior Online, has revealed that it is currently working on a new sci-fi game. This should be good news, right? Apparently not as MechWarrior Online still lacks features that were promised a year ago, and is still considered an unfinished product.

But what has happened? Well, here is an interesting quote one of our readers shared with us from a thread that was deleted from the official forums:

PGI’s been growing, but the MWO team’s been shrinking, and the space game has been a thing for at least three months at this point; at the very least, it’s been serving as a quarter-long distraction for management that has chronically coupled poor team management with tone-deaf community relations.”

And that’s not the only quote who could find about the current state of MechWarrior Online. MWO forum member ‘T Decker’ claimed that the game, the community, are broken right now. Not only that, but T Decker said that MWO feels more like a beta than a live game; a claim with which other fans of MWO agree with.

Reddit’s member ithilkir said that “MWO is still unfinished with the promised Community Warfare (the whole basis of the game) still not even in the game and potentially not even in a basic alpha development stage yet.” while an anonymous tipster told us the following:

“PGI, after 3 years in development, still has not delivered promised features after making over $5million in crowdfunding. They have repeatedly lied to their customers about development, features, and deadlines. They have banned anyone who criticizes them for this even without having broken their ToS. They recently announced a new game they’ll be developing and have banned any and all customers who are questioning the start of a new project even though MWO hasn’t even been completed with core features promised 3 years ago.”

From what we can tell, Piranha Games is pulling a “Hi-Rez” to PC gamers. Our guess is that Community Warfare may get finished and rolled out via an update, though we have to wonder whether it will be what it was initially promised or not.

Still, this shows that F2P games are basically a gamble; do they justify the time and money you spend or them or not? And what if a game you like turns into a Pay2Win product?

For what is worth, Piranha Games will officially reveal its new game on Sep 9th at 12:00PM PDT. This new game will be an online sci-fi project, and from the sounds of it will be a space combat MMO game.

Welcome to the F2P era!