Rocket Lake (RKL) is Intel’s new micro-architecture that will be a direct successor to the Comet Lake-S series of desktop CPUs and high-performance mobile devices. These were expected to hit the market by the end of this year, but the roadmap from Intel paints a different picture.

Intel has been using the same iteration of the 14nm FinFET process node with the Skylake Architecture for many years. Comet Lake-S was also fabbed on this aging process node, which has held Intel back in terms of IPC uplift and efficiency gains over AMD’s Ryzen lineup. Rocket Lake-S desktop platform is going to be the last CPU architecture to be based on an advanced 14nm process node. Intel’s Rocket Lake will use a 14++ nm back-port of the Willow Cove core architecture. Rocket Lake is going to be the desktop equivalent of Tiger Lake.

Now, as per one recent finding which was spotted by @momomo_us, coming via Videocardz, one MSI Infinite B915 pre-built system’s Russian PDF manual confirms that MSI is offering Rocket Lake-S support on the entry-level H410 motherboard chipset. This board will support Rocket Lake-S chips having a TDP of up to 65 Watts.

This doesn’t come as a surprise though, since it was already rumored before that the upcoming 11’th gen Rocket Lake-S CPU lineup will support the 400-series Motherboard chipset. Previously, it was confirmed via WccfTech, that the Rocket Lake-S desktop CPUs are only going to be compatible with the Z490 chipset and LGA 1200 socket motherboards, since Motherboard vendors heavily advertised that these boards are PCIe-4.0 ready. But now it appears that the mainstream and low-end 400 series boards are also going to offer support for Rocket Lake-S.

GIGABYTE has already confirmed that their Z490 AORUS lineup of motherboards support limited PCI-E 4.0 capabilities on Comet Lake-S CPU lineup, which makes sense given these processors do not support all the features of the PCI-e 4.0 interface. But since hardware-level support for PCIe 4.0 is already built-in these Z490 boards, only Rocket Lake CPUs are going to offer full compatibility with the PCIe Gen 4.0 standard. PCIe- 4.0 has been an AMD-only feature within the consumer market till now, but things might change with the launch of Rocket lake-S CPUs.

When it comes to the Rocket Lake-S CPU lineup, I have another important last piece of info to share with you. Previously few months ago, one VLSI engineer who goes by the name Retired Engineer on Twitter, @chiakokhua, tweeted one of his old findings from November 2019 last year. According to him the upcoming Rocket Lake-S processors are going to feature ‘multi-chip modules/MCM’ of core and uncore GPU dies built on different silicon fabrication nodes.

This is speculation from his side, but he has a strong record of accurate prediction in the past, when he spoke about the 3rd gen Ryzen Matisse AM4 processors being multi-chip modules as well. Apparently, it might be possible that Intel is also designing these socket LGA1200-based Rocket Lake processors to feature multi-chip modules, similar to Matisse in some ways. According to the block diagram posted by @chiakokhua, it appears that Rocket Lake-S is a multi-chip module consisting of a 14nm die that holds the ‘CPU cores’; and a 10 nm die that holds the ‘uncore’ components. But in the case of Rocket Lake the uncore die is more advanced that the CPU die. 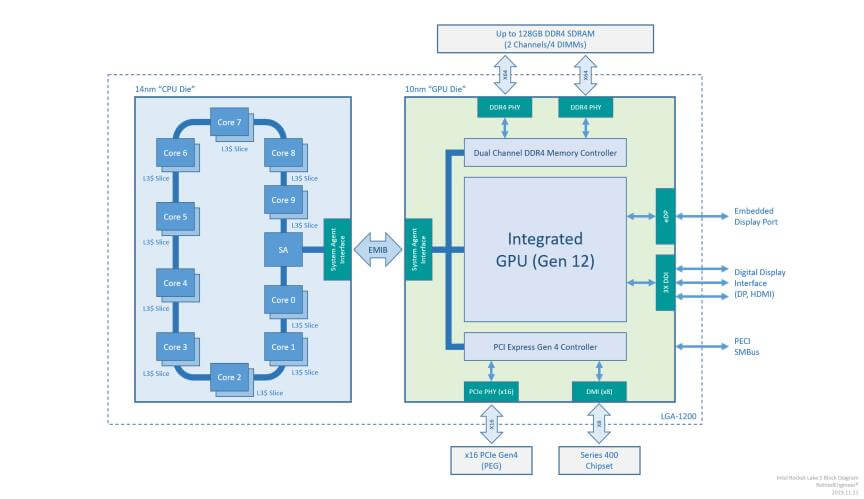 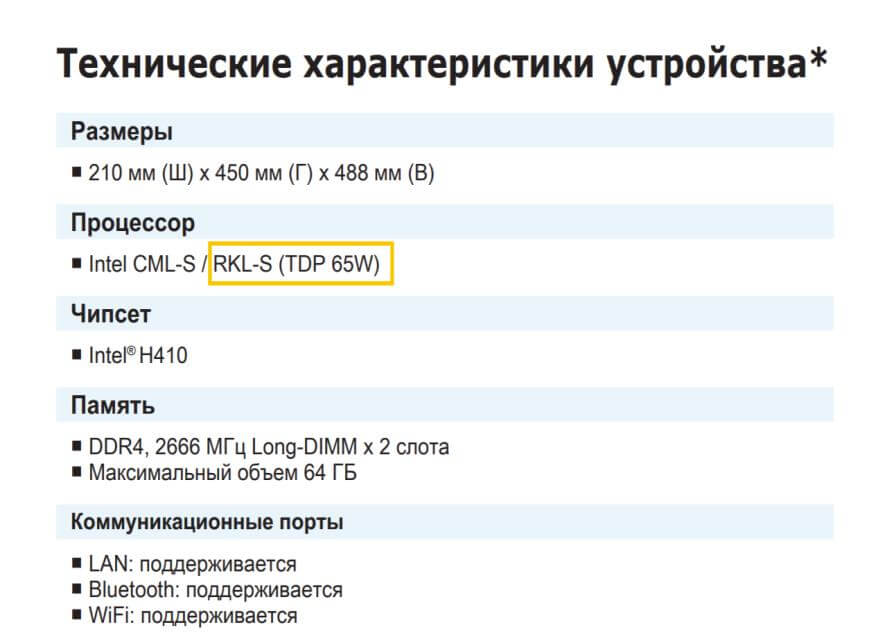