Back in 2012, we were criticized for letting everyone know that there was a possibility for a PC version of Mortal Kombat. That rumored version never came out, and a lot called us liars, that we were ‘publishing stories just for the hits‘, that we were ‘spreading lies‘, that we ‘could not be trusted as we were a brand new gaming website that came out of nowhere‘, and all sorts of things. Well, payback is better served cold, and these past months we got a lot of hints towards a PC version of Mortal Kombat 9.

Yes, most of you already know that Amazon had a pre-order page for the GOTY edition of Mortal Kombat 9 (that was taken down). And if you’re a regular reader of DSOG, you’re aware that the game has been added to Steam’s registry with all of its achievements. 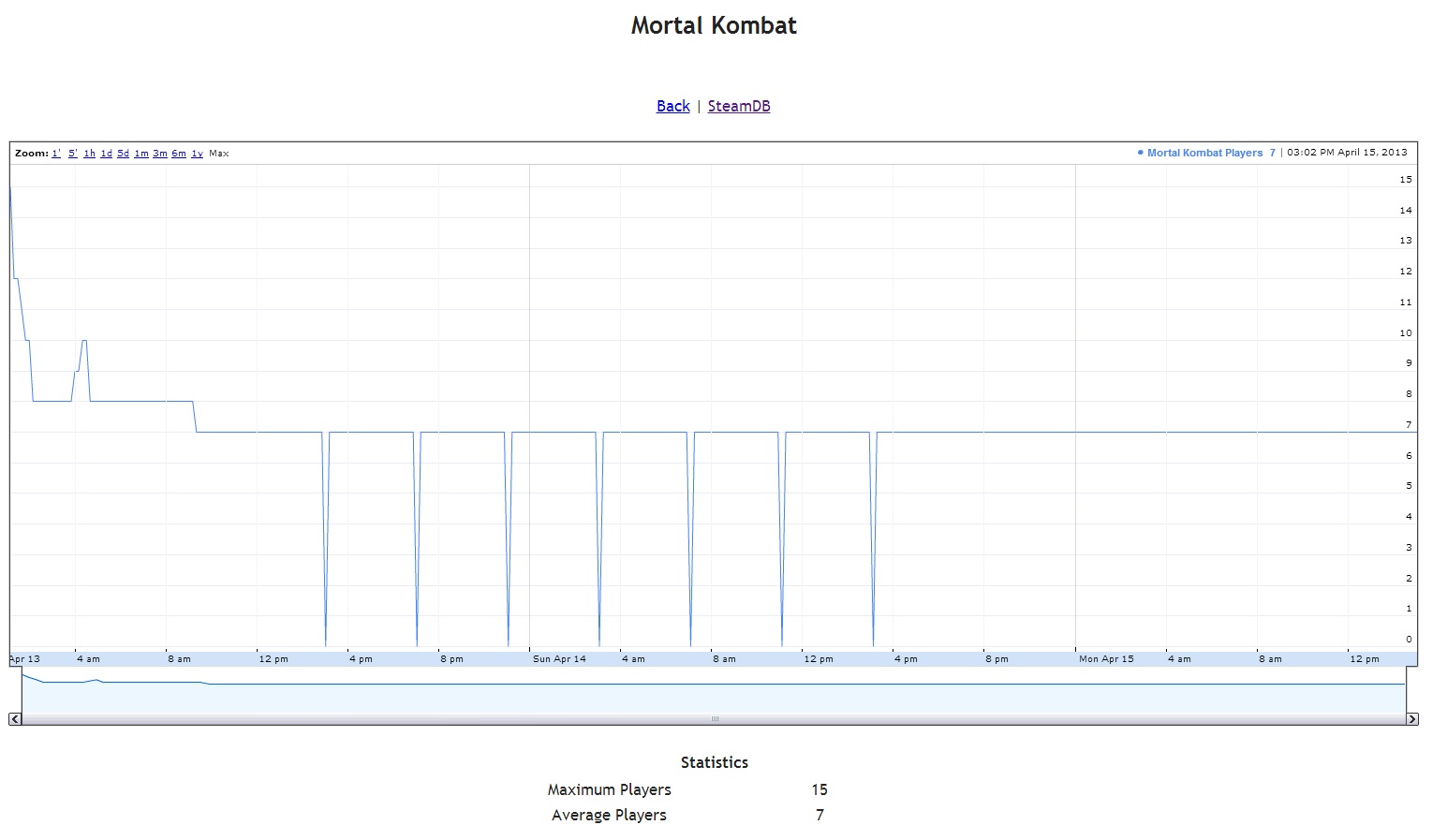 What most of you didn’t know, though, was the fact that there are already ‘players’ testing NetherRealm Studios’ upcoming PC fighting game. As we can clearly see, a small number of people has been playing Mortal Kombat 9 PC in the last couple of days.

Our guess is that NetherRealm Studios and Warner Bros are playtesting this title, meaning that an announcement (or even a release) is almost around the corner.

Yes, it may take a little bit more, however Mortal Kombat 9 PC is happening and that’s not a lie.