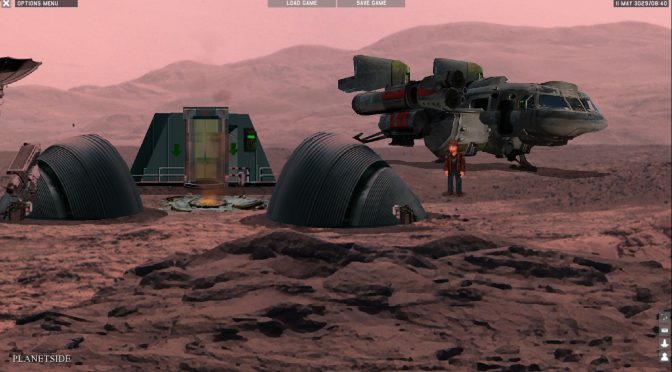 Players can easily add new ships, weapons and upgrades, translate the text files to another language, or even write personal side-quests and storylines for other players to explore. With a new Modding Manager and Mod Uploader tool for Steam Workshop, the possibilities are endless!

Beyond the modding features, veteran 3030 Deathwar Redux players will also notice a swath of additions and improvements to the game itself. Highlights include more dangerous enemies and danger in general depending on your choices, video-billboard ships and traffic lanes around stations, a weapons recharge indicator and displays for weapon stats.

In case you weren’t aware of, 3030 Deathwar Redux combines top-down space trading and combat with a classic 2D adventure game experience reminiscent of classic 90’s adventure titles, checking both boxes emphatically. The game is accompanied by The Kyoto Connection’s amazing soundtrack, and both are backed by a 96% positive Steam user rating from nearly 200 reviews, with high placement on multiple Steam Space Game and Hidden Gem lists.