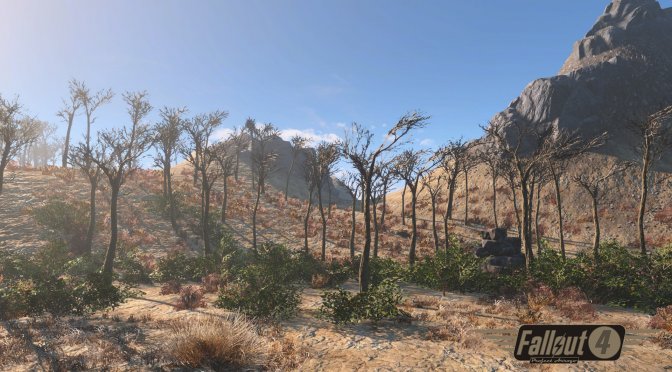 A team of modders is currently working on a mod that aims to recreate the world of Fallout 2 in Fallout 4. This project is called Project Arroyo and the team’s goal is to give to the old fans of the Fallout games, and to the new, Fallout 2 with brand new visuals and a first-person perspective. And while this mod is still in an early phase, the team has released its first screenshots that you can find below.

The team will be adding the skills, perks, weapons, locations, NPCs, and everything in between for the full Fallout 2 experience in Fallout 4’s engine. While the team has finished the first town, Modoc, it is currently open to new members who are experienced with the creation kit, esm/esp merging, programmers, level designers, artists, and modelers.

To put this simple; this mod is in early stage and it will take a while until we get our hands on it. I guess that the team is also safe and will not receive any C&D letter from Bethesda as it is remaking Fallout 2 in Fallout 4 (unless of course the team is using copyrighted material).

We’ll be sure to keep you posted about the mod’s progress but until we have more news/details about it, you can enjoy the following screenshots!