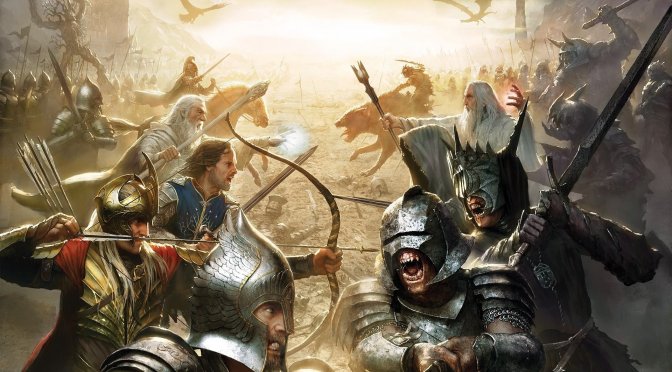 A team of modders is currently working on an unofficial remaster of Pandemic’s The Lord of the Rings: Conquest. Lord of the Rings Conquest Reimagined is going to be a reimaged version of the original game using Unreal Engine 4, and you can find below a teaser trailer.

Now I have to be honest here, this sounds TOO AMBITIOUS. The team promises a lot of things like map changes, more units, a new class, better animations for all units and improved AI. And… well… this sounds more like a remake instead of a remaster. This could be the Black Mesa of The Lord of the Rings: Conquest. And we all know the troubles that the Black Mesa team faced. So this will be either abandoned, toned down, or get shut down by EA.

But anyway, its modding team claims that Unreal Engine 4 will allow it to “use the latest technology, photorealistic graphics, improved mechanics, and so much more“.

As said, LOTRCR will have a new class, called “Experienced Warrior”. This new class will wield a Sword & Shield in combat. He will also block all arrows above his feet when blocking and will be immune to magic when blocking.

Alongside the overhauled 3D models, animations and VFX, the team plans to expand its combo system. As it claimed, it plans to add some executions. As such, players will be able to choose to execute an enemy once their health is low or not.

Again, this project sounds TOO AMBITIOUS for a modding team, and I don’t expect it to ever come out. Still, one can dream, right?